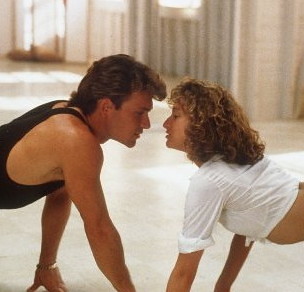 Everything considered, the level of sales achieved by the original soundtrack released in 1987 is absolutely fantastic, with almost 30 million copies sold in pure album sales which – at the same time – predictably making it one of the very best selling albums of that year, along with reaching diamond status in the USA, Canada and the equivalent of that in Europe where it accumulates sales of over 11 million units.

More modest, but highly respectable, is the cumulative tally registered by More Dirty Dancing considering that it wasn’t backed up by a second movie and relied only on the original one. With sales not that far below 9 million copies this is further proof of this franchise’s appeal.

Dirty Dancing 2 on the other hand is a different story. This was a sort of prequel to the 1987 blockbuster film reusing the basic plot of the original but centered in Havana at the time of the Cuban Revolution. A mixed number of artists participated in its soundtrack, arguably with a far more limited appeal as proven by its final sales which are barely above the 500,000 mark. A shadow of figures the first film managed.

All told, we have 39 million pure albums sales, the most obvious sales avenue for an epic seller from 1987. But as usual with our CSPC approach, definitely not the only one, so let’s see what else the Dirty Dancingfranchise fueled in other formats.