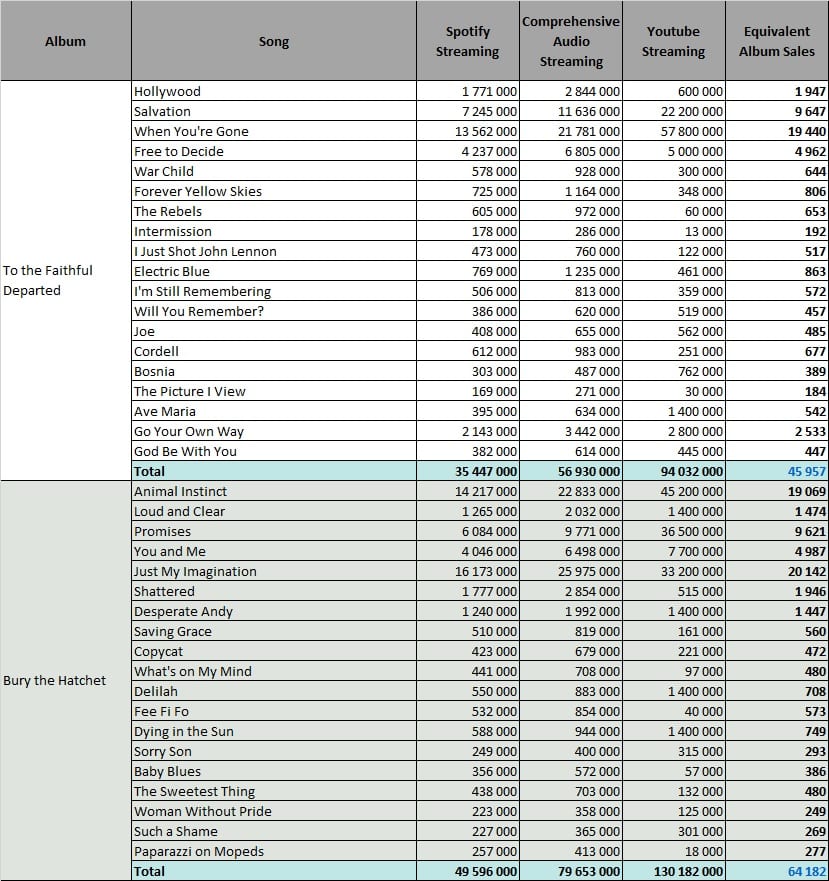 Not much is left nowadays from To the Faithful Departed. When You’re Gone is the leading song with a modest 13 million. The album’s entire track list adds for 35 million. Overall it has 46,000 equivalent album sales.

A lower seller initially, Bury the Hatchet holds better. Just My Imagination, a song which failed to chart in both the US and the UK, is slowly growing in popularity with 16 million streams while Animal Instinct is a close second at 14 million. All streams from the album in total are worth 64,000 equivalent album sales.