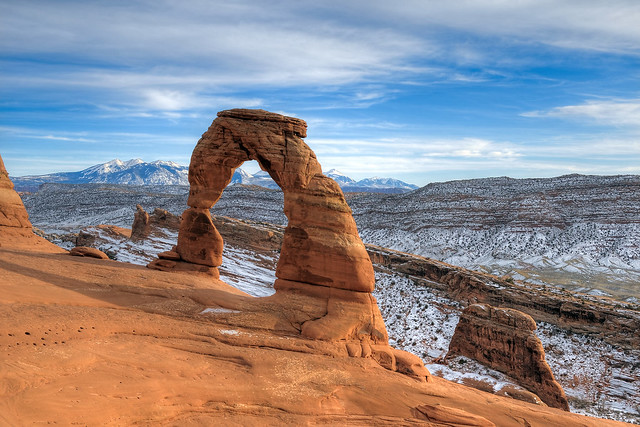 Haven’t you ever wonder why movies as well as music tours are gauged by the money grossed while records sales are valuated by units sold? It is fairly obvious that selling a ticket at $60 isn’t the same as selling one at $15. Why should we assume that selling a double album at $20 is the same as selling a classic album at $9? The Beatles‘ Abbey Road sold close to 15,3 million in the US. That’s not surprising, it is one of the most legendary album ever there and the Beatles are the top selling group too. How come Led Zeppelin‘s IV has sold 23,75 million then? Streaming figures unsurprisingly give the edge to Abbey Road. At Amazon, you can pick the CD of IV for only $8,99, at the same time you won’t get Abbey Road for less than $14,58. The situation is the same everywhere. IV is a regular at FNAC in every “4 for 20€” offers while the Beatles‘ albums are notoriously excluded from those promotions. That’s how in France IV outsells every year Abbey Road by about 4 to 1 in sales thanks to the huge boost it receives every summer from those low prices.

The gap of price between those albums is already problematic in order to compare their sales in a fair way, but at least they are both regular albums price-wise. If you look at more extreme products, the gap gets as massive as with tickets sales. The Beatles‘ set The Capitol Albums Vol 2 includes 4 albums in both Mono and Stereo, it is priced at $106,70. At the same time, 8 Classic Albums which includes the biggest Elvis efforts costs a mere $11,90. With popularity indicators based solely on records sales, we are forced to close our eyes on those differences, acting as if the 160-million plus album sales managed by both of them in the US alone mean the same thing. They don’t.

One more time, streaming provides a way to accurately compare all acts, getting rid of one more technical constraint that was corrupting statistics of records sales in the past. By definition, streaming has no cost, the only thing it costs you to listen to one song is time. You won’t be more tempted to buy an album by Elvis or Neil Diamond just because it is 3 times less expensive than a similar product by the Beatles or the Rolling Stones, even if you prefer the music of those groups. You listen to what you really want.

In the past, the weakest was the absolute strength of a record, the lowest it was priced, helping to make the album worth it still. The fact that labels can’t play that game anymore require them to change their habits. They need to adjust not only on streaming front, but also for the records that they are still selling.

The regular music consumer of 2017 uses streaming. Records are purchased by people mostly way past  40 – in 2013 already, the average age of German buyers was 46. It is completely different to sell CDs to the entire population or a record to a group of persons aged around 50.

The first difference is that this group of persons grew during the vinyl era, feeling some nostalgia for records from their teenage years. That’s no coincidence if this format has been growing back since youngsters started to go after tracks rather than albums. Since their US low point of 900,000 units sold in 2006, LPs increased their sales every year up to 17,2 million in 2016. The trend is now peaking with an improvement of only 0,9% during the first half of 2017.

A second difference between the general public and people around 50 is their income. Older you get, the most you are healthy financially speaking. If only people over a certain age purchase records rather than everyone, it seems clever to increase their price. Is it happening? Absolutely. In the first half of 2017, every physical format posted better evolutions from last year in gross than in units with the physical segment as a whole dropping 7,2% in units sold but only 1,3% in revenue . The plan is clearly to sell higher-priced items to the ones that have the money.

A third difference is that people around 50 do not get much into novelty acts. They purchase records from a handful of acts they have been long fans of. Fans are much more likely to buy multiple times the same records on distinct versions. They will buy a compilation even if they own already all tracks from it. They will also buy a single they already have for decades just because that’s a new edition. They like to collect material from their favorite artist. It isn’t even that much expensive since they don’t care about new albums from new singers. If the share of fans among the public that purchases records gets bigger, as it is happening, it sounds logical to release more material of their most beloved acts. As shown on discogs, an average of 30 compilations of Elvis were released every year during the 90s. In 2013, 34 compilations were released, the tally increased to 42 in 2014, 47 in 2015 and 52 in 2016. This doesn’t even factor in the countless reissues of previously released studio albums and compilations. Reissues of singles also increased from 47 for the entire 90s to 16 in 2016 alone. Majors are milking fans to death. They would be wrong to not do it if fans are ready to pay for that.

Not every artist can claim a set of highly devoted fans, ready to invest a lot of money into records sales. That’s why the countless reissues of vinyl’s in recent months concern acts with relevant fanbases plus a cult appeal. Last week, it was The Smiths‘ The Queen Is Dead which was reissued on vinyl for $78,99. This week, Metallica‘s Master Of Puppets benefits from the release of an extended vinyl which costs $174,98. Next week, Queen‘s News of the World will get a 40th Anniversary edition, priced $119,59 on CD, $140,87 on LP and $189,99 on its Super Deluxe version. In 3 weeks, that will be the turn of the Sex Pistols‘ Never Mind The Bollocks, Here’s The Sex Pistols which almost feels cheap with a CD at $67,99. Those releases use all factors coming from the new demographics of persons who still buy records – healthy, that grew with LPs and who are dedicated to a fixed set of acts.

What happens then to acts like Mariah Carey or Michael Bolton?  They sold tons of albums during the 90s, but we have yet to see their records largely reissued. Their catalog sales are dismal, only barely breathing thanks to Christmas releases. They fall into a no man’s land. They are too young to have healthy vinyl lovers among their fans, but too old to attract artists from the streaming generation. Mariah‘s Butterfly did get a vinyl reissue this year, but it barely sold a thing, in spite of being priced at a very reasonable $28,49. Why would a major label push after a new release by popstars from the 90s? This kind of acts that have no collectors nor streaming appeal may suffer in the future as they are unlikely to benefit from strong promotional efforts. They will need an organic hit to become interesting anew for majors. In the meantime, as shown by Shania Twain or Bon Jovi they are left with tricks to milk money from fans like the newly flamboyant Tour bundles.