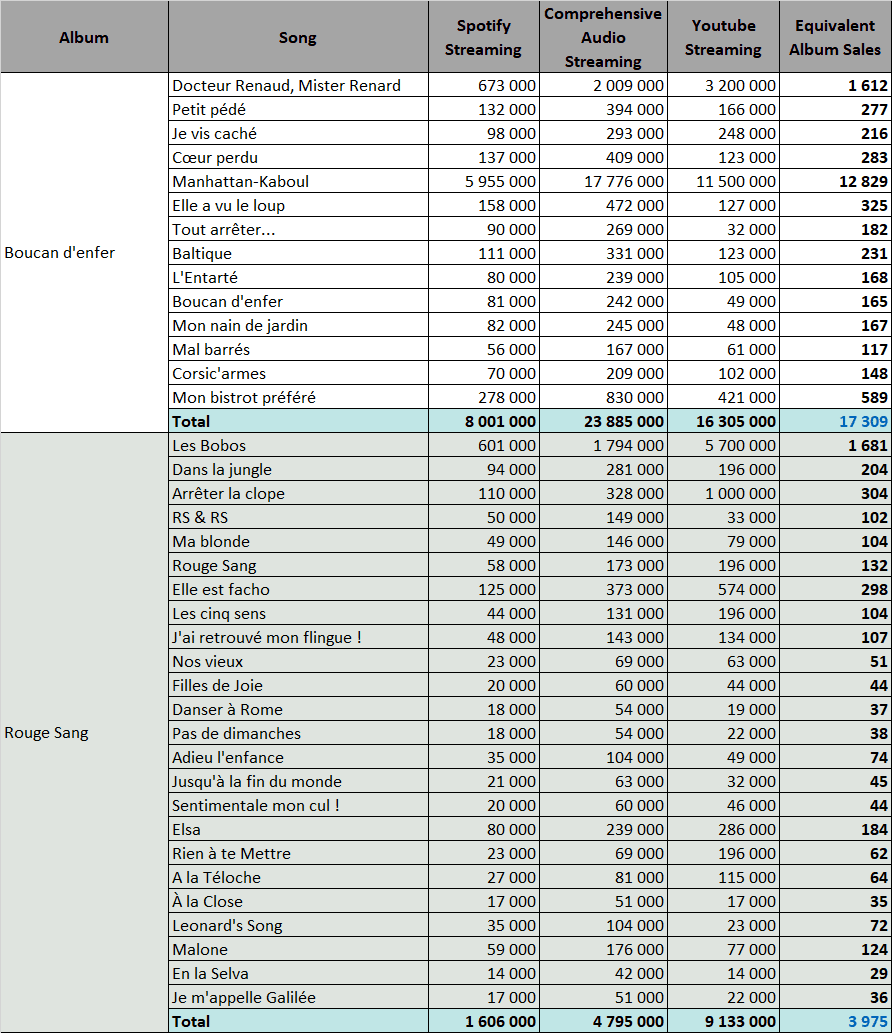 After as many as 5 albums with relatively weak results, Renaud managed an immense comeback with Boucan d’Enfer. Manhattan-Kaboul remains the second most streamed song of his catalog with a sizable 29 million combined audio and video streams. The album has 17,000 equivalent album sales from streams.

At 4,000, Rouge Sang is expectedly much lower. Finally, Les Bobos has decent streams and there isn’t much to say about the rest.