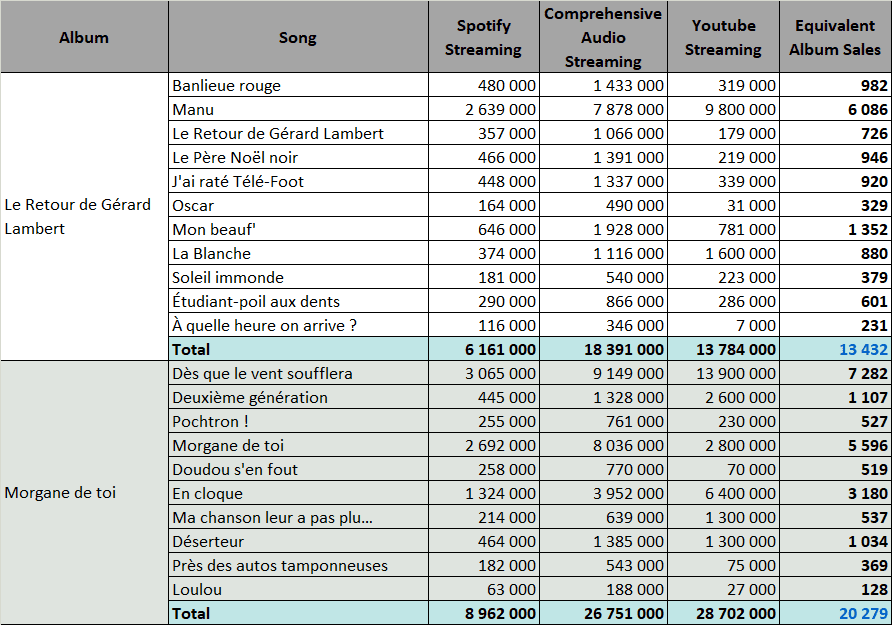 Manu steps up one more level with nearly 8 million audio streams and 10 million video streams. It is the main provider of its parent album’s total of 13,000 equivalent album sales.

Morgane de toi, the first million selling album of the rock star, has two monster hits plus one more solid success. All its singles easily top a million audio and video streams. Altogether, the album records more than 20,000 equivalent album sales, more than its yearly figures in original album sales.