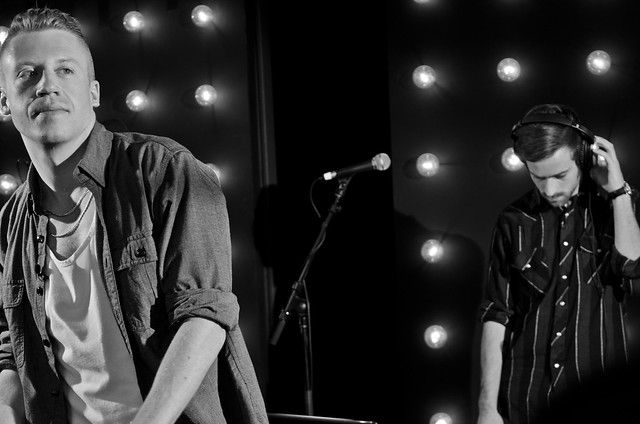 Macklemore  is special. How many artists can claim multiple Hot 100 #1 hits while building their entire career by themselves? Actually, he is the one. After a dozen  years trying to step up into the music business his album

The Heist was a major success.

The fact Macklemore independently released his entire discography shouldn’t be overlooked. Warner Bros Records did jump on the bandwagon to promote Thrift Shop but that was only after seeing all its potential. Before that, the singer went on to release countless songs, including some EPs and one album, until crossing over onto the big scene.

The solo album The Language of My World, issued in 2005, only sold a few thousands of copies. As with the early albums of Eminem or Katy Perry, this LP will be treated as part of the Orphan Album category. Then came The Heist which included the two massive hits Thrift Shop and Can’t Hold Us. Since this era we haven’t heard much from Macklemore & Ryan Lewis, although they released one more album in 2016, This Unruly Mess I’ve Made. Macklemore is currently busy promoting his new effort Gemini, released without the contribution of Lewis.

How big really was The Heist? Are sales of its follow ups really so anonymous? Will Macklemore remain a one-album wonder?

As you understood, as usual I’ll be using the Commensurate Sales to Popularity Concept in order to relevantly gauge his results. This concept will not only bring you sales information for all Macklemore‘s albums, physical and download singles, as well as audio and video streaming, but it will also determine their true popularity. If you are not yet familiar with the CSPC method, the next page explains it with a short video. I fully recommend watching the video before getting into the sales figures. Of course, if you are a regular visitor feel free to skip the video and get into the figures.