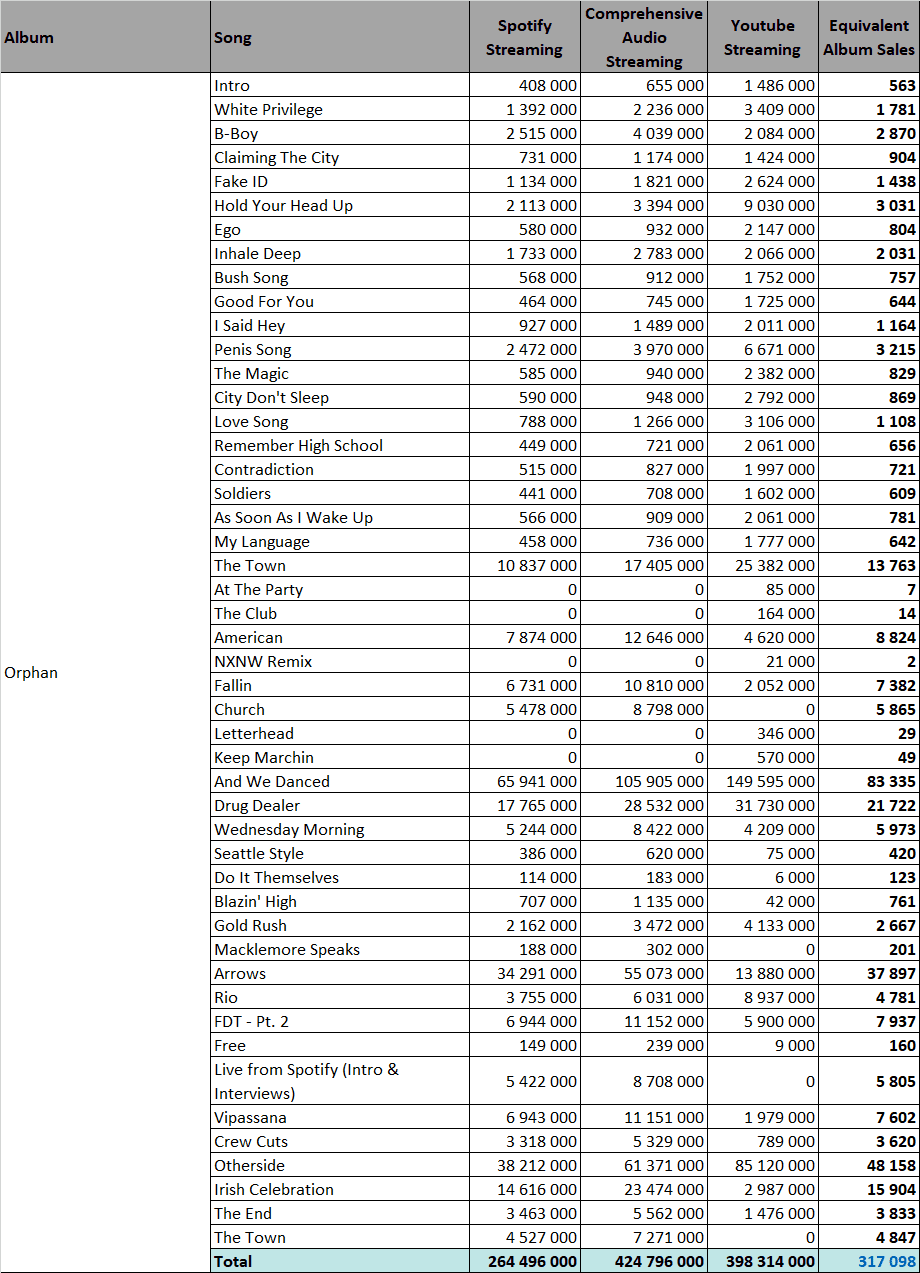 It’s frequent to see independent artists with tons of Orphan songs. Releasing a proper full length album is expensive and every new stand-alone song is an opportunity to get revenue which concludes on this situation. Thus Macklemore has tons of songs outside of his studio albums. Several of them achieved some success with the biggest of all being And We Danced. This song, first issued in 2009, has 66 million streams on Spotify and 150 million views on YouTube. Combined these songs are worth 317,000 EAS.