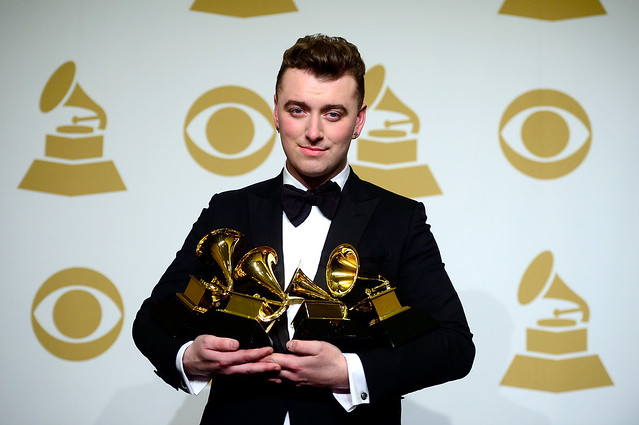 So, after checking all the figures, how many overall equivalent album sales has Sam Smith achieved? Well, at this point we hardly need to add up all of the figures defined in this article!

A few days ago we updated Taylor Swift‘s article to learn that her hyper-successful 1989 was up to 15,88 million equivalent album sales overall. In the Lonely Hour was released in 2014 too and performs nearly as well with a tremendous total of 14,1 million. Ironically, while only 3 albums from 2014 crack the overall total of 10 million EAS, huge figures from Taylor and Sam are only good enough for spots #2 and #3 respectively as Ed Sheeran‘s X is well ahead of the pack. Being in such good company with a debut album shows how massive this era has been for Sam.

The Thrill of It All just started to gain equivalent units. It will need at the very least 5 million EAS when all is said and done to not look too bad in comparison to its predecessor. That’s the issue when you start so big, confirming this success is no easy task. In the Lonely Hour also continues to enjoy an outstanding ride so, you can expect its total to climb more and more.

Overall, we are talking of more than 16 million equivalent album sales for Sam, an insane result with only one era. Stay tuned to see if The Thrill of It All puts him over 20 million during the next months!