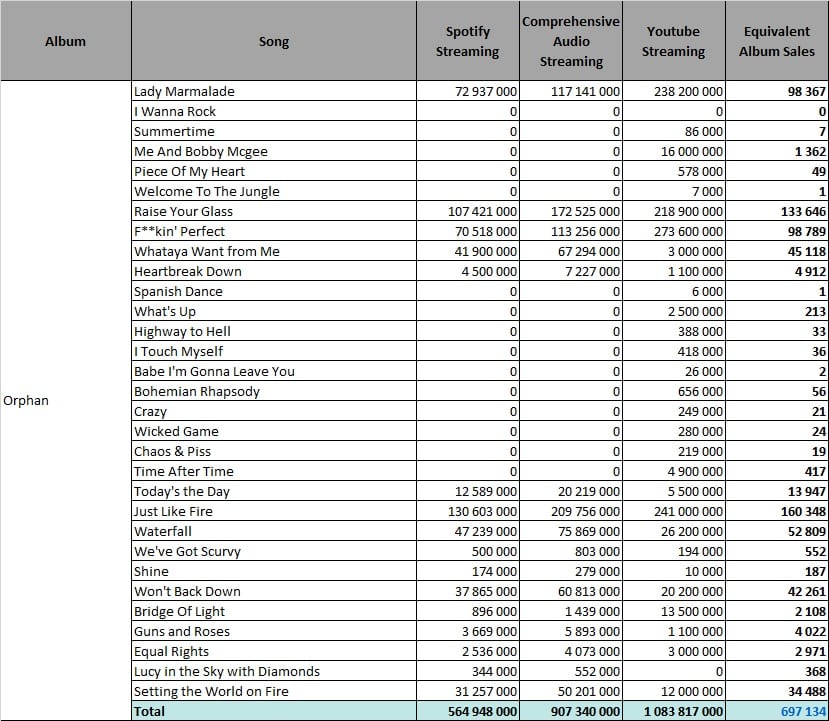 Artists considered as album sellers rarely have strong songs outside of that scope. P!nk is the exception to this rule. Both 2010 hits from her compilation set, Raise Your Glass and F**kin’ Perfect have great streams on  both audio and video platforms. Lady Marmalade remains a 2001 Hits playlist favorite with streams up to 73 million plays on Spotify. Then comes Just Like Fire. The single from the Alice Through the Looking Glass Soundtrack from 2016 was much stronger in downloads relatively speaking, but still registered 131 million streams on Spotify.