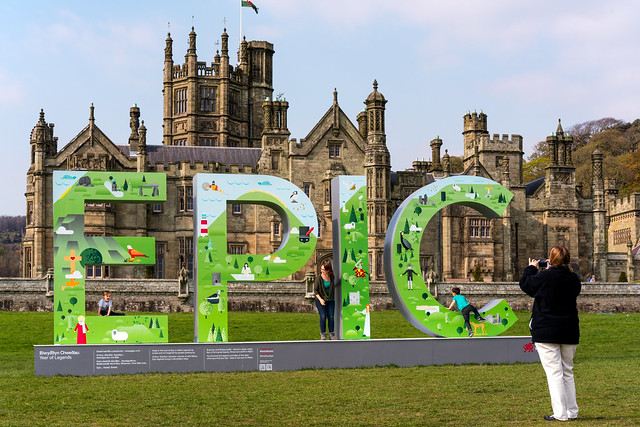 II) The label vs major factor

We already met this situation with the Beatles, the case of confusion on record labels. From a 2017 perspective, it seems obvious that each major artist is linked to one record label and that this label releases the album everywhere in the World. The World, in record industry terms, was limited to a few countries during the 50s. The majority of Record labels were first created in the US or in Japan and then increased into various countries as years passed. By the 80s, most labels had local units in 20 to 30 countries only. Does that mean Thriller was released in those countries but not elsewhere? No.

Thriller was released by Jackson‘s label, Epic Records, in most relevant countries. You can’t really miss the logo of the label as seen on this US edition from 1982: Surprisingly, or not, you won’t find the logo of Epic on the edition of the album from Czechoslovakia, Mexico, German Democratic Republic, Belarus, the Philippines, South Korea, Bulgaria and more. The same was true with his other records like the Billie Jean edition released in Mozambique. All those records were issued by Trutone Music, Beloton, AMIGA, Discos CBS, Балкантон, Supraphon, Suzy and Uzelli respectively, along with different labels in other countries. In some other countries, or avenues, like via Columbia House, the copyright was still given as Epic, but it was manufactured by supplying it – forgive the unclear picture, but you can easily read the relevant information on the last line.

To resume, if Epic Records were the owner of the copyrights, they sold it to other labels in markets in which they weren’t present and delegated the production of the CD in those same additional markets. We saw in our last article that Thriller sold 20,9 million units to retailers in the US during the 80s, but 23,4 million overall after adding club sales. In Mexico, it has been certified for 1,6 million copies without taking into account sales of the 25th anniversary edition.

Are you seeing how the differing figures issued by Sony are both accurate? In fact, the gap of 6 million units, 40,7 million by the end of 1989, implies 42 million by the release of Dangerous, against 48 million communicated. This is explained by the copies sold by CBS branches distinct from Epic, and other labels licensed to sell the album. Why have they moved from providing figures based on Epic-only sales to comprehensive amounts?

We need to do a little clarification on Epic vs CBS vs Sony. Epic was a label, CBS a major. Epic was founded by Columbia Records, known as CBS outside of North America. In other words Epic was encapsulated into CBS. In 1987/1988, Sony bought CBS and re-vamped itself in 1991 by renaming the entity Sony Music Entertainment.

In-house awards given to Jackson were provided by Epic, which is why figures were linked to his sales under their label only. Sony didn’t care about a sale occurring under the name of Discos CBS, CBS/Sony or Epic, they cared about global sales. With Sony Corp taking the lead on Jackson‘s career when they renewed his contract in 1991, you can now better understand the communication’s change of scope operated from that point forward.