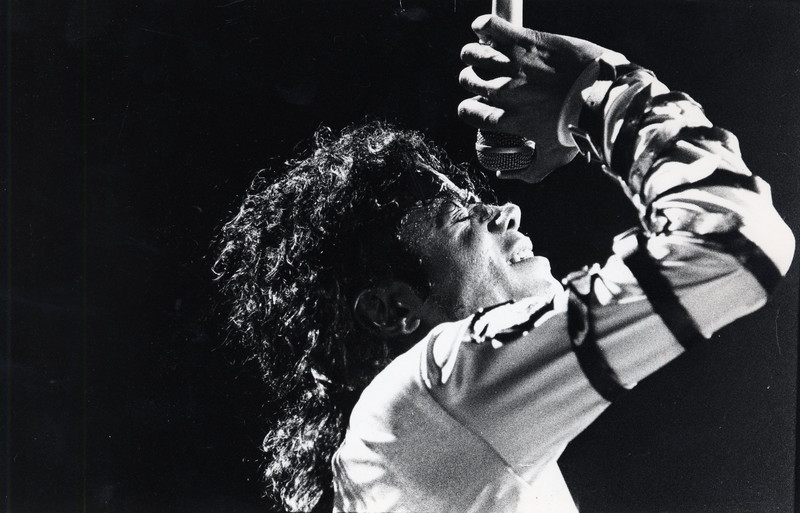 For the music industry, 2009 will always remain the year that saw the once child prodigy turned unbreakable superstar pass away. The June 25 death of the artist was followed by an earthquake. His sales reached unseen numbers with his entire catalog go through the roof.

Before the day the music died, Thriller was already updated at 28xP. A diamond can’t be ignored after all. One more time it was updated exactly 1 million scanned units later. This highlights two facts, Epic was caring as much as ever about Thriller and sales via clubs truly became irrelevant.

These several certifications seem useless due to the massive influx of new sales. Number Ones was well over 3 million scanned by then, The Essential well over 1 million (worth 2 platinum discs), Off The Wall had sold way more than 1 million since 1995 and Thriller destroyed the million mark in 2009 alone. In other words, those RIAA awards were all late compared to Soundscan sales, which were already known and more precise.

At times it is needed to carefully analyse every possible data to get answers. In fact, this list of awards contains the solution of the last mystery remaining on Jackson‘s album sales – the total of Bad to date. By August 2009 Off The Wall had scanned 1,1 million units since its last platinum disc, and 700,000 units since the remaster edition was issued in 2001. Concretely, it means that Epic had to audit the album in full to upgrade it, the remaster alone wasn’t shipped enough to improve the RIAA total of Off The Wall in spite of the huge hype which occurred Jackson‘s passing.

At the same time, Bad had scanned 850,000 units since its 8th colored disc and 500,000 units since its remaster. More copies were shipped to supply the demand, so the album must have been very close to hitting 9xP, but it hadn’t made it. Although digital sales lowered stocks, it is safe to assume that Bad had more copies on shelves by August 2009 than by September 1994 for obvious reasons. That’s 850,000 copies sold, plus some more additional shipments, but still no 9xP. Basically, the award for Off The Wall tells us we can safely conclude that Bad was somewhere from 8 million to 8,05 million when certified in 1994.

The audit wasn’t 100% comprehensive as The Ultimate Collection was clearly over 125,000 units by then as it had scanned 160,000 units. This case is a bit specific though. For recent releases like this one we can expect labels to have their shipments stored in an online system. If that is the case, they should be filtering the data to see what’s eligible when requesting awards. By filtering Jackson‘s albums which are over 500,000 units, The Ultimate Collection doesn’t appear as it is eligible only thanks to the multi-discs rule. This seems to be exactly what happened – in fact, The Essential too was first awarded after being eligible for Platinum status and above. The other omission was Greatest Hits HIStory Volume 1, over 1 million by August 2009, the album remained Gold. It wasn’t shipped anymore and was deleted from the catalog of albums available for retailers to purchase. It was selling mostly digital units and kind of irrelevant among Jackson‘s catalog due to the releases of Number Ones and The Essential. For those reasons, it seems Epic hasn’t judged it worthy to certify an album which was most likely flagged as inactive on their system.

The period 2009-2012 also had several new releases, most notably This Is It and the first posthumous release of new material, Michael.

Both albums fell short of their certified amounts as of this day – This Is It is up to a rounded 1,8 million units scanned while Michael is only on 560,000 units. Certifications for both came early and both were Christmas releases, so we can jump on the conclusion of an over-shipment. We should differentiate those two cases though.

Michael was clearly over-shipped. The record had a disastrous reception after the controversy of whether some songs featured Michael Jackson‘s or somebody else’s. This Is It is a different story. At the time, Hits Daily Double followed the case closely. It shipped 1,5 million units upon release. By early December, it had scanned 890,000 units and shot to a 2xP award. Why were retailers still ordering new copies while the initial stock was easily enough to supply the demand? Hits Daily Double didn’t only reveal its original shipment, they also mentioned the album was selling copies in theaters where nearly 10 million Americans saw it.

As you can guess, a theater isn’t a place under the panel of Soundscan. Those kind of sales shouldn’t be overlooked – in 2008 as many as 3,0% of all US album sales were made at Concert venues. While 3% doesn’t seem like that much, this share is spread over a limited number of artists, those drawing a lot of people to their tours. It means that some artists concerned can sell 10-30% of their sales at concerts. In recent years we saw such examples happening and adding to Soundscan tallies thanks to bundles – Prince, Metallica, Madonna, and Cher etc. – but it isn’t automatic. With This Is It, its life in theaters was completely overlooked. Sadly, we will need to wait until its third Platinum award – and it may take a very long time to happen – to ultimately estimate how many unscanned copies it sold. Its Soundscan sales are now up to 1,8 million, so unlike Michael this album is most likely fully legitimate as a 2xP album after considering all its sales.

After the audit of August 2009, Epic stopped auditing catalog albums for a while. Number Ones and The Essential scanned enough copies to go 4xP and 3xP respectively by December 2009 but no certification came nor did an award arrive in late 2009, 2010, 2011 nor in 2012. The chaotic results of the industry during those years have again impacted the way labels invested their money and certifying old records was clearly not seen as worth the price during those dark years.