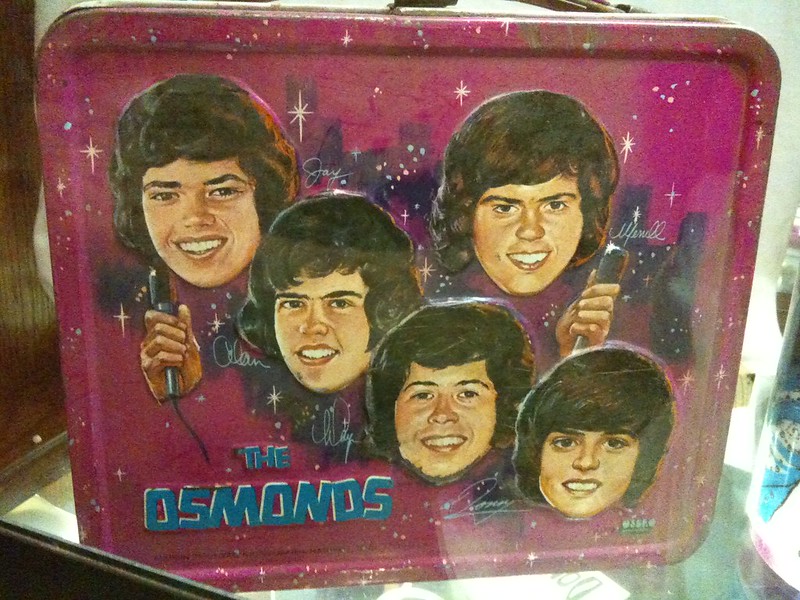 You may wonder why do I pick the Osmonds, a group forgotten for long, as the first example of this study. During most of the 60s, they were regulars on a TV Disney special issuing a bunch of unsuccessful records along the way. In 1970 though, the group was pushed by MGM as an answer to the Jackson 5, another family group that exploded a few months before. It wasn’t the only attempt to counter the famous group featuring the young Michael Jackson, as soon The Partridge Family appeared also, a group signed by Bell. Ironically, although called Family, The Partridge Family is the only of the 3 groups that is a fictional family in their own popular TV series.

Indeed, in the space of twelve months, all 3 groups had their own TV series. All of them debuted with a huge US #1 single too. Then, they all issued several solid Top 5 / 10 / 20 albums, although none of them ever climbed higher than #3. By 1972, members of each group were releasing equally successful solo material. They were also all fairly young with Donny Osmond and Michael Jackson being only 12 and 11 years old respectively at the start of 1970. As teen acts, the chart success of all those artists was also relying far more on sales than on airplay.

The only real difference behind all 3 hyped teams was the label. The Motown, unlike the other two, wasn’t certifying its records, while MGM and Bell were. Thus, the Osmonds and the Partridge Family appear to be the perfect scaling acts to the Jackson 5. Let’s start with the former group.

This table lists all relevant 1971-1974 albums from the Osmond family. The formulas detailed today are implemented here. To estimate one specific album, it is only required to enter the number of weeks it spent in each region of the chart, the Xmas factor and the year in which the run happened. The remaining columns are automatically calculated. To compare results, I added a column with RIAA awards. They all happened while the related records were relatively new so there is no catalog sales corrupting the run to sales conversion.

The first 10 albums all went Gold. Calculations fit perfectly with them. Some albums sold in the 400,000-ish range, but they all grossed over $1 million. The last one, My Best to You, seems short of the mark though at $871k grossed. Let’s study it more carefully to know if this is a flaw in the calculation or another explanation.

The album left the ranking in early May 1973. It went Gold a full 4 months later. If we assume the album was just under chart positions for that entire time, it would mean $197k grossed, easily enough to crack $1 million from its release to the award, which means we are still going very well with our method.

The following albums all grossed less than $700k according to our tool, and in fact none of them reached Gold status. I’m Leaving It All Up To You is just over $1 million at retail sales estimated, and indeed shipped over that amount as per the RIAA database. Songs from… is one more case of an album that spent several months just under chart positions before reappearing and received an extra push with further shipment just in time for Christmas, hitting Gold on December 16 1976. Although a solid seller for some months, this album is a good example of a Gold LP that has likely never reached 500,000 units sold to consumers.

In total, the table includes 18 albums. Once considering all the details, the calculations are consistent with the RIAA awards for all of them.