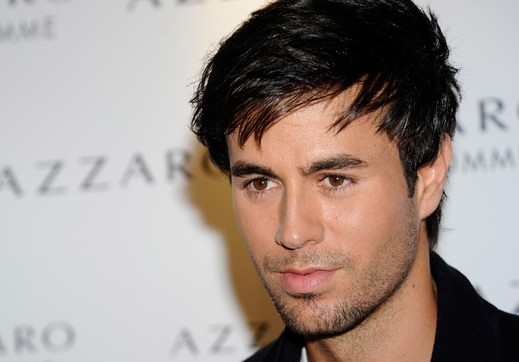 By now, we know that Country artists had their sales divided by 2 on the old Billboard charts, while Pop / Rock acts were inflated by around 50%. The cross-over black artists were in-between with mostly realistic sales, pure R&B stars like Teddy Pendergrass were slightly deflated.

However, what about other genres? We noted that instrumental artists like Yanni were deflated too. What about Latin stars? Both of the following Julio Iglesias albums were certified for 500,000 and 600,000 sales respectively.

Well, luckily Soundscan fixed all that. Or has it? The following albums are from his son, Enrique Iglesias.

Pretty modest chart runs. They sold respectively 380,000 and 275,000 units as per Soundscan by 1999. Enrique Iglesias went Platinum as early as in November 1996 and Vivir mirrored it in May 1997. Soundscan reflected some 30% of their sales only. That same year, Mas by Alejandro Sanz was released. It was certified 6xP inside the Latin category, representing 600,000 sales. It never entered the Billboard Album Chart though. This is the same for various Alejandro Fernandez albums, the same also for early Shakira records, and the same again for Mexican star Selena.

Selena was highly popular in early 90s inside the Latin community. That’s why she accumulated only 1 week inside the Album chart, at #183 in June 1994. When she was murdered aged just 23 in March 1995, the news around the event crossed over the whole country. Her posthumous album Dreaming of You debuted at #1 as standard retailers were now selling her records. Still, all sales on Latin outlets were mostly ignored. While the album has scanned some 2,9 million units to date, it is certified 59xP Latin by the RIAA, representing 3,54 million sales.

From 2002, the gap between charts and sales for Latin albums diminished a lot. The massive success of both Shakira and Enrique Iglesias in 2002 no doubt helped to convince Billboard / Soundscan to improve their coverage of that segment. Ironically, their following Spanish albums ended up outselling their 90s smashes in terms of Soundscan sales, although they were clearly lower sales.

Christian acts suffered the same fate. Amy Grant‘s album Straight Ahead reached Gold after a few months without charting. For them too the situation improved over the years, so now the Casting Crowns can easily top the charts.

With the proliferation of huge hypermarkets, the stand-alone music retailers closing their doors into the 00s, and iTunes putting all music genres on a par, those unfair issues started to disappear for all genres.

I hope this article cleared up a lot of doubts you had. I also hope our formula will enable you to identify sales of your favorite artists by applying it and adjusting if needed depending on their type of music. Below I include the Excel file that I have used all along this article. Feel free to use it and refer to this article as your source / basis for explanations.