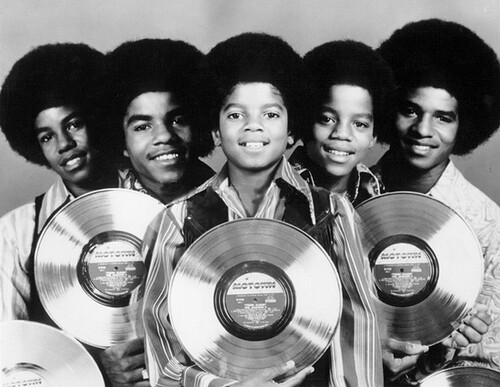 The Jackson 5 crossed over from day 1 with their monster smash I Want You Back. Now that everything is set and perfectly understood, let’s see the results of their entire album discography!

From Toledo Blade’s, July 1971, article “The phenomenal success of the Jackson 5″:
”They (The Jackson 5) have six singles and four albums that have all sold over a million copies in the space of two years“.

I mentioned in the introduction that due to the RIAA policy, and the difficulty to access real information, newspaper reports often included understanding errors. Here is one example from Toledo Blade. The article is not fully wrong, as indeed all the Jackson 5‘s first six singles topped 1 million sales. Their first four albums (not counting Christmas Album) topped 1 million too, but dollars grossed rather than units. The following Media repeats exactly the same mistake, mixing gross with units for albums:

From Rock Hill Herald newspaper, article “Success Come Overnight to group from Gary, Ind.“, published in November 1972: “Two of their albums sold more than 2 million copies, and 8 of their single records have recorded sales in excess of 2 million copies”

The same article states they were over 8 million albums in total by that date which makes perfect sense as those calculations conclude on over 6,5 million sales in the US by 11/1972.

Thanks to all calculations, we can also see that indeed most of their albums were eligible for a Gold certification with more than $1 million grossed. Ben, ABC and Third Album grossed over $2 million. Skywriter was the first album to miss the criteria. Young Michael Jackson‘s Got To Be There was the weakest seller up to that point, the irony is that it is the only album that ultimately was certified Gold in 2013.

Most of the studio albums from this list are weak catalog sellers, except ABC, so those figures truly provide key information about their real sales. They won’t be perfect or 100% legitimate, but they are undoubtedly way more accurate than claims you may read here and there.

This system also has the very good idea to be unbiased. For all albums for which we have limited information, using a standard tool based on the data available (chart runs and market size) in an automatic way is the best way to avoid inflations / deflated numbers from fanatics / haters. Soundscan figures ignored a huge chunk of sales for many years and on distinct proportions depending on the act. As the formula we are giving you is based on RIAA to market factors, it may happen to be just as accurate as Soundscan, if not more so. Not official, but accurate.

Obviously, the accuracy is valid under the limits of the Billboard charts themselves. We previously saw some acts deflated or inflated by them. How big is that impact? We will found out right now!