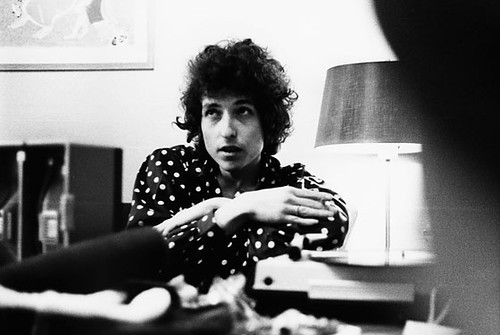 The advantage of Bob Dylan is that he released tons of records during the 1963-1979 period and that they were audited several times by the RIAA. Let’s see his table. 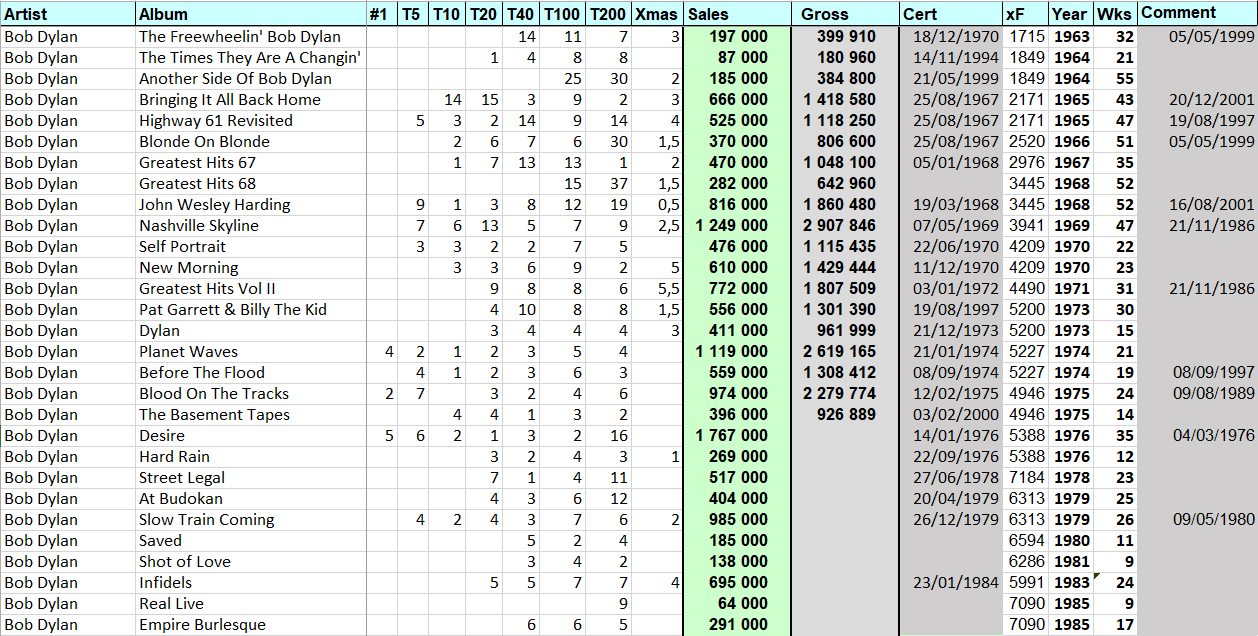 This list provides us incredible insights about how a major label works and the tricks to understand regarding charts and certifications. The first three albums reached Gold after various years. This is normal as they grossed nowhere near enough in first place as shown by the figures, but they became absolute classics, which are still selling to this day. Freewheelin’ even made it to Platinum in 1999.

The following three were all certified Gold in August 1967. It’s interesting to see that the first two were well overdue for long. I often mention how important it is to check if a certification is date specific or not, e.g. if the criteria was reached at that point or possibly earlier. When 3 albums by one artist are certified together, it is clear that they haven’t all broken the milestone at the same time. We see it clearly here. Columbia started by not caring about certifications. Ironically, when they decided to certify the newly released Blonde On Blonde, and ended auditing also the back catalog, they certified at last one LP, but one that would fail to reach the mark. Bob Dylan‘s popularity was huge then and this record shipped a lot of copies upon release. It reached Gold only one week after hitting the charts. The album became one more classic, ultimately selling 2 million units, so this is now history, but it was still clearly over shipped in the first place.

John Wesley Harding was his biggest seller during its initial run by 1968, but it isn’t as good a catalog seller as its predecessors. It took until 2001 to reach Platinum as shown inside the Comment column.

The next albums continue to align very well until Planet Waves. Suddenly we wonder why this album was never upgraded to Platinum if it sold 1,1 million units during its chart residency of 21 weeks. Columbia did audit his records several times from 1986. Planet Waves is famous for not being a Columbia LP though, being issued by Asylum, just after Bob Dylan left his old major with whom he was unhappy. He re-signed with them for Blood On The Tracks. Even if they bought back the rights on Planet Waves in 1981, they do not seem to own the papers about its early shipments. This is a strong argument for crediting those calculations as they highlight these kinds of issues which would have gone unnoticed elsewhere.

Later, we continue to face albums with consistent calculations and awards. Desire became a big hit, quickly hitting Platinum and later 2xPlatinum. Naturally, Hard Rain enjoyed strong shipments upon release, reaching Gold instantly. Our table shows the album sold well below the mark though. This explains why it received a Platinum award while selling decently as a catalog album, the gap was just too big.

Empire Burlesque, the last album from the list, is still not certified. Unlike his 60s cult releases, it is a weak catalog seller, failing to go from the 300,000 units sold during its first months to half a million sales.