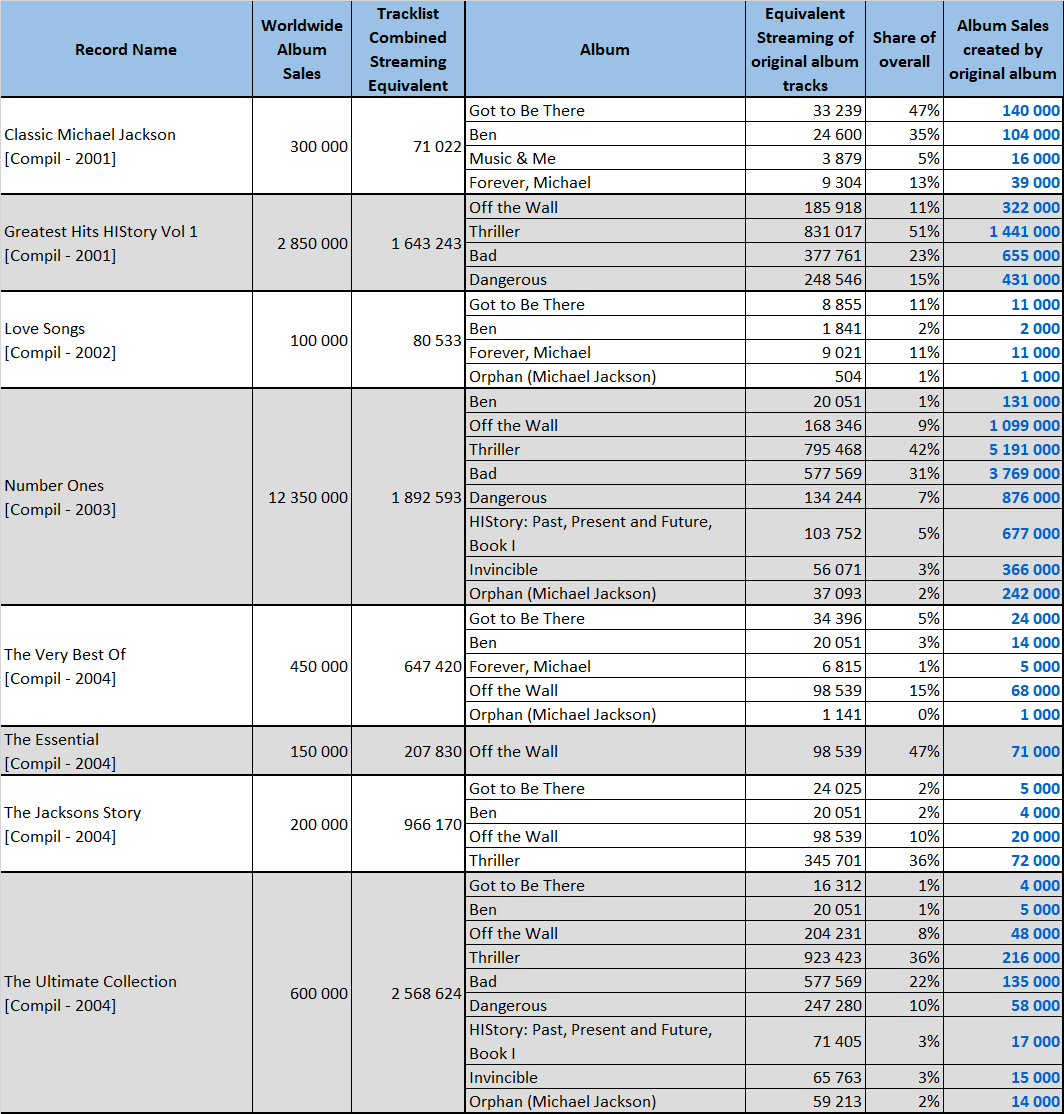 The previous page highlighted how HIStory included a true compilation. This is verified with the release of the stand-alone best of in 2001. It would have sold many millions if it was the first compilation of Michael Jackson, but the market was already cannibalized by the double set.

Number Ones was negatively impacted the same way, even more damaged by the cancellation of the promotion due to the accusations coming out on the exact same day. It went on to sell steadily though, and with the inevitable boost that occurred after his passing, it is now up to an impressive 12,35 million units. Bad is fairly strong on its tracklist, representing 31% of its total streams. That’s worth nearly 3,8 million equivalent album sales for the 1987 album.

This website uses cookies to improve your experience while you navigate through the website. Out of these cookies, the cookies that are categorized as necessary are stored on your browser as they are as essential for the working of basic functionalities of the website. We also use third-party cookies that help us analyze and understand how you use this website. These cookies will be stored in your browser only with your consent. You also have the option to opt-out of these cookies. But opting out of some of these cookies may have an effect on your browsing experience.
Necessary Always Enabled
Necessary cookies are absolutely essential for the website to function properly. This category only includes cookies that ensures basic functionalities and security features of the website. These cookies do not store any personal information.
SAVE & ACCEPT
wpDiscuz
291
0
Would love your thoughts, please comment.x
()
x
| Reply