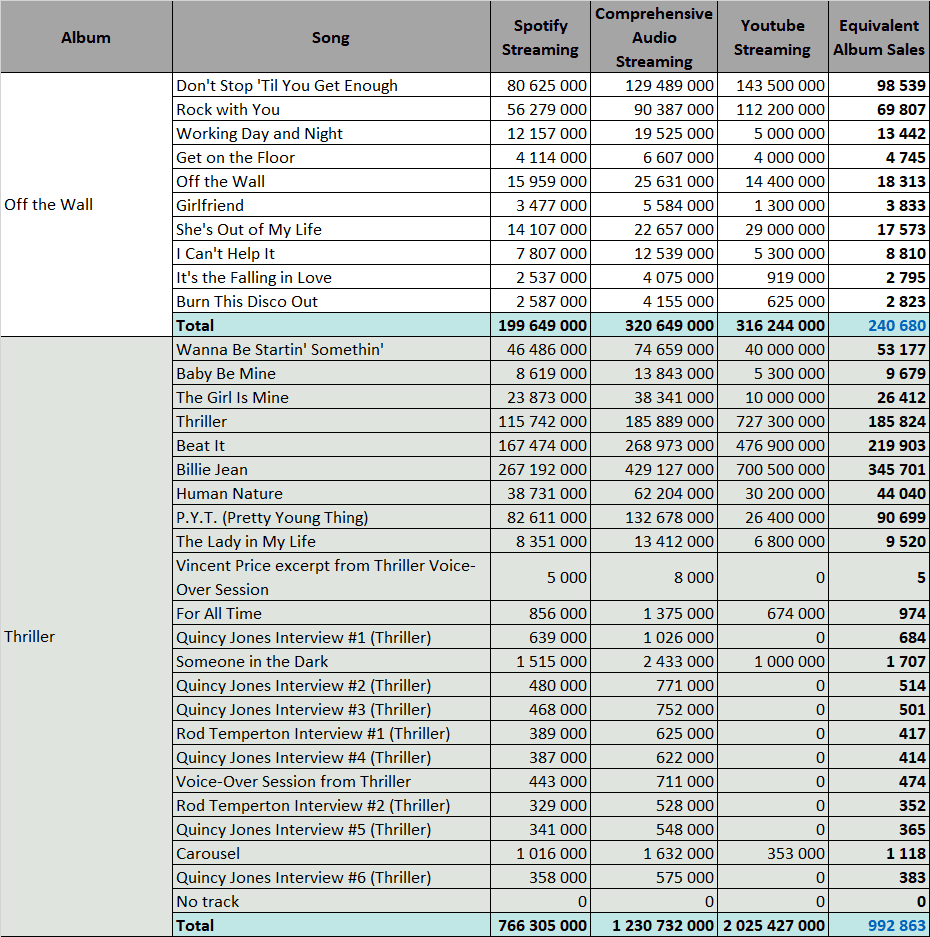 Both #1 hits from Off The Wall have well over 50 million streams on Spotify and 100 million on YouTube. The remaining two Top 10 hits are over 14 million on both platforms. Those results are impressive, even more impressive are the insane streaming figures of every album track. All the songs are over 2,5 million on Spotify and Working Day And Night has a stunning 12 million, an album track with more streams than many #1s from its era. This great showing is worth 241,000 equivalent album sales for Off The Wall.