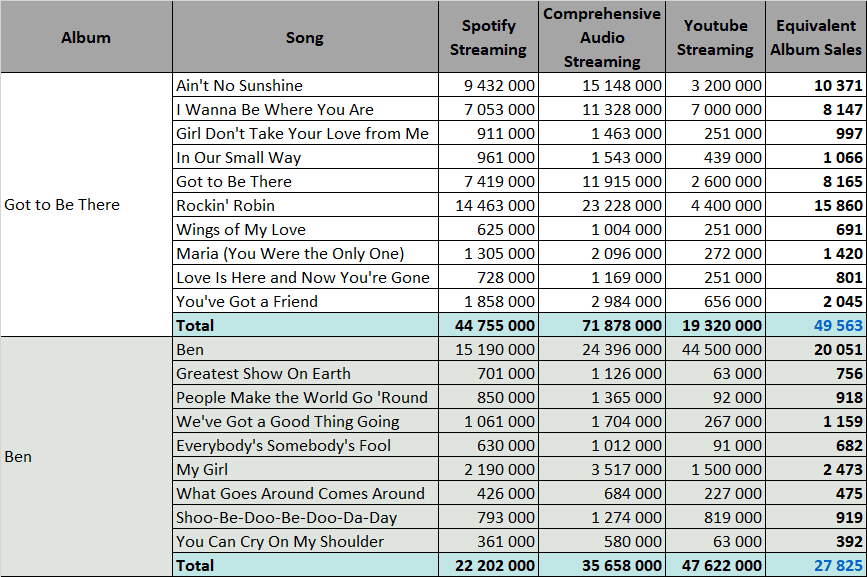 Many would have expected Michael Jackson‘s albums to be monster sellers and his post-Off The Wall records to have done wonders in various formats as they did. The expectations were fairly low on his early Motown albums though, especially on the streaming front. Got to be There is quite impressive with album tracks over 1 million on Spotify and 4 songs at 7 million or more. The album has a total of 50,000 equivalent album sales from streaming.

Ben is solid too at 28,000 equivalent album sales thanks to the 15 million streams on Spotify of the title track.