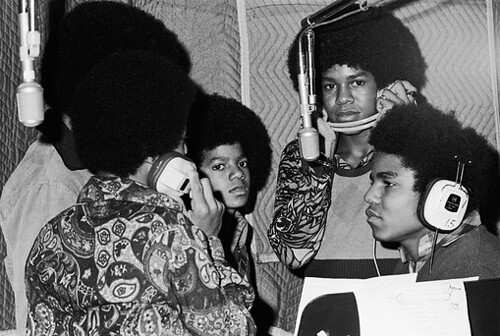 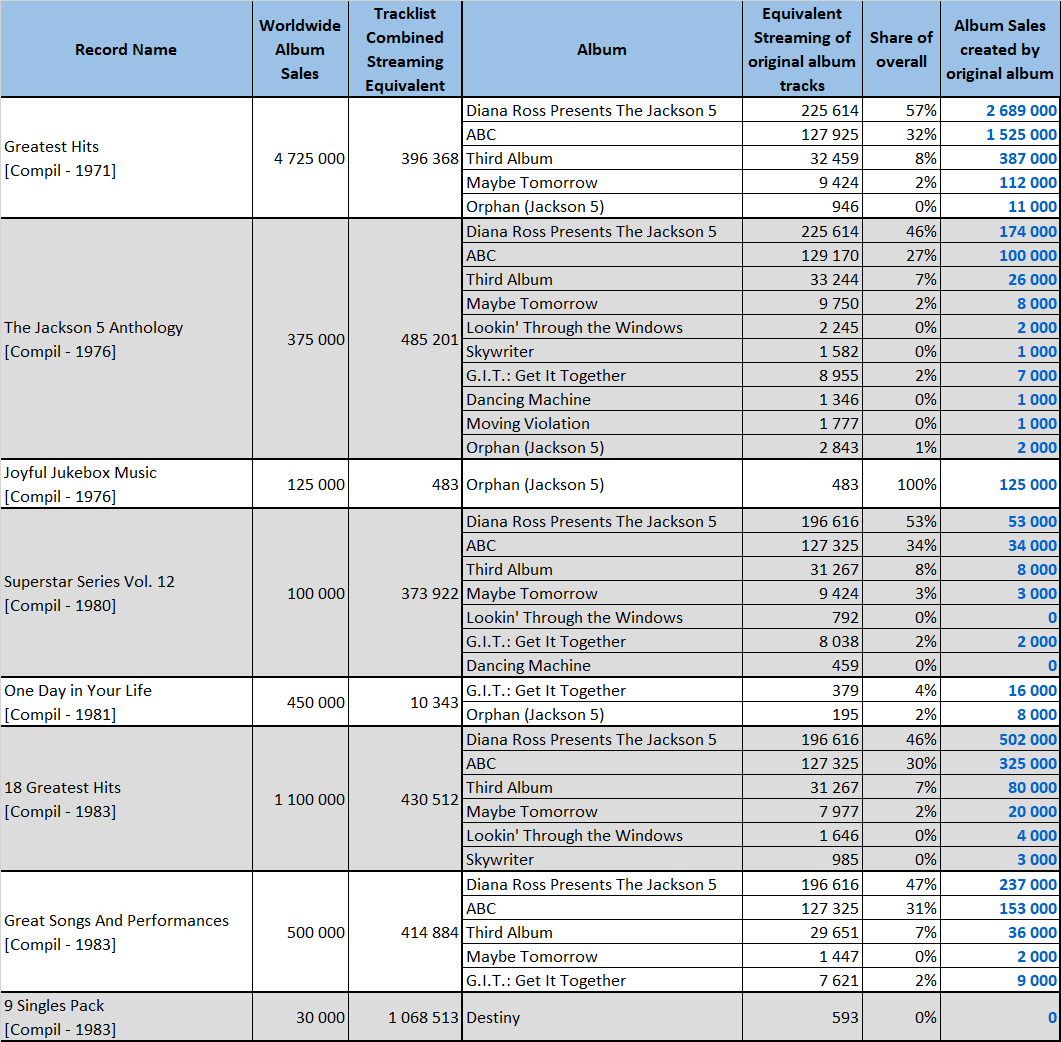 How to understand this table? If you check for example the Greatest Hits compilation line, those figures mean it sold 4,725,000 units worldwide. The second statistics column means all versions of all the songs included on this package add for 396,000 equivalent album sales from streams of all types.

The second part on the right of the table shows how many equivalent streams are coming from each original album, plus the share it represents on the overall package. Thus, streaming figures tell us songs from ABC are responsible for 32% of the Greatest Hits track list attractiveness. This means it generated 1,525,000 of its 4,725,000 album sales and so forth for the other records.

The 1971 Greatest Hits is the one that contains all the initial hits of the Jackson brothers that has continued selling ever since its release. With two songs as massive as I Want You Back and ABC, their parent albums dominate in fully the track lists of all their compilations.

Please notice that some packages do not have 100% of their sales assigned to the studio albums listed on this page. For example, only 6% of One Day In Your Life are assigned. Indeed, the remaining 94% of streams from the album are credited to Michael Jackson as a soloist so those sales will be awarded to his albums instead.

We can see 3 batches of releases after the initial 1971 compilation. The first came in 1976 when the Jackson 5 left Motown. The second arrived in 1980/1981 to benefit from the success of Off The Wall. The third impacted the market from 1983 after the hysteria around Thriller. It was only the beginning of a never-ending influx of similar packages.