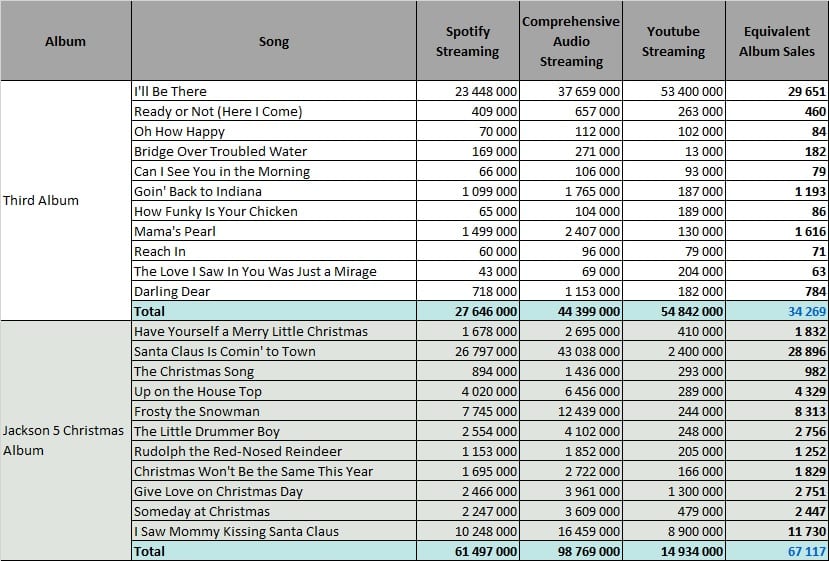 I’ll Be There hasn’t maintained the level of success of I Want You Back and ABC, but at 23 million Spotify streams and 53 million YouTube views it isn’t performing badly at all. Thanks to it, the Third Album has 34,000 equivalent album sales from streams.

The Christmas Album, like every Christmas album, is proportionally very strong on Spotify. Almost all of its songs are over 1 million with the classic Santa Claus Is Comin’ to Town riding on 27 million.