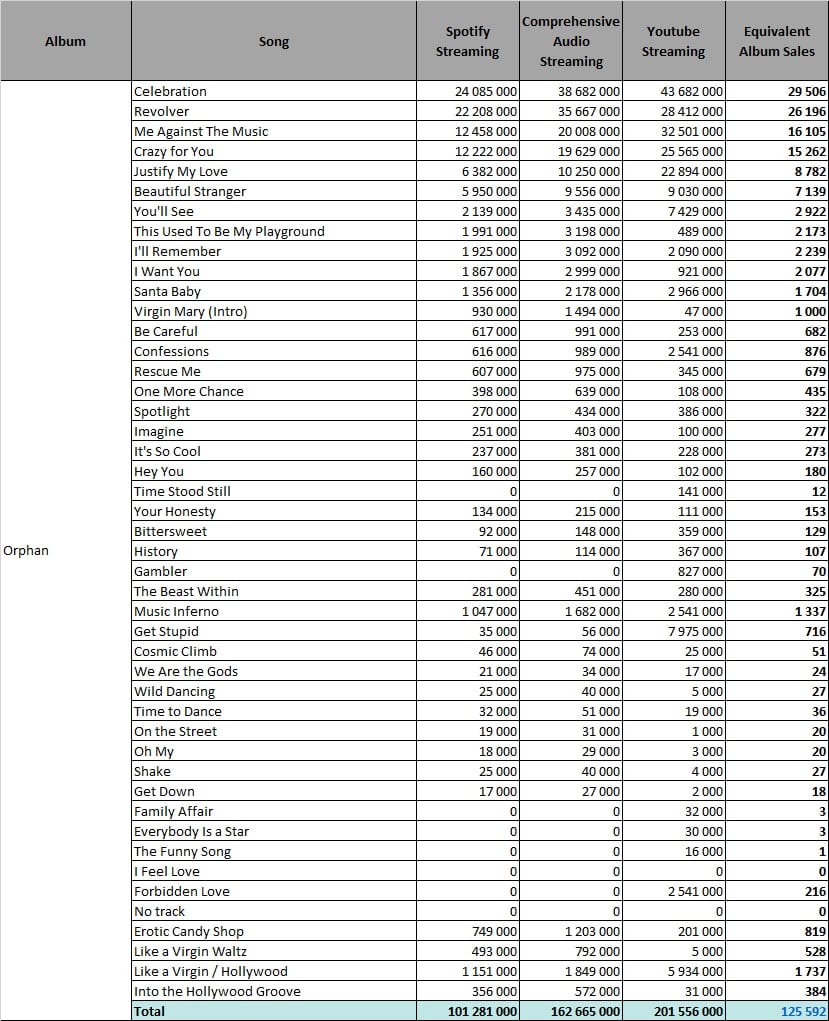 The Orphan Album is this folder that encapsulate all songs from external records by other artists or from the artist own compilations but not from his studio sets. The two main items on Spotify among such releases are both new songs featured on 2009 Celebration compilation, the title track and Revolver. They also lead YouTube views along with Me Against The Music.

As a general note, that section is much weaker over streaming services as it was during the days of physical singles. In fact, audio and video streams of all those combined add for only 126,000 equivalent album sales.