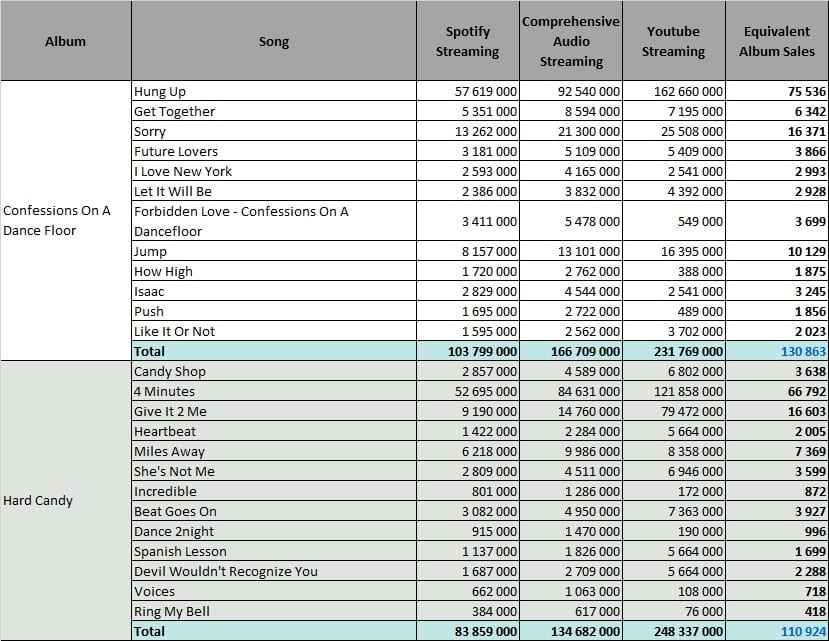 With this fifth section of streaming results, we get into the digital era albums. Spotify was still not created when Confessions On A Dance Floor came out but it’s songs were still not too old by then, with Hung Up getting over 57 million plays. It continues riding very high among Madonna‘s catalog. The same phenomenon happened with 4 Minutes which is close at 53 million. This latter song is losing ground as it was nearly 30% ahead of Hung Up one year ago.

Confessions On A Dance Floor joins Ray Of Light by putting all its songs over 1 million Spotify streams. It also enjoyed YouTube explosion a lot as Hung Up alone has 163 million views. Consequently, both albums COADF and Hard Candy outperform their predecessors on streams with respectively 131,000 and 111,000 equivalent album sales.