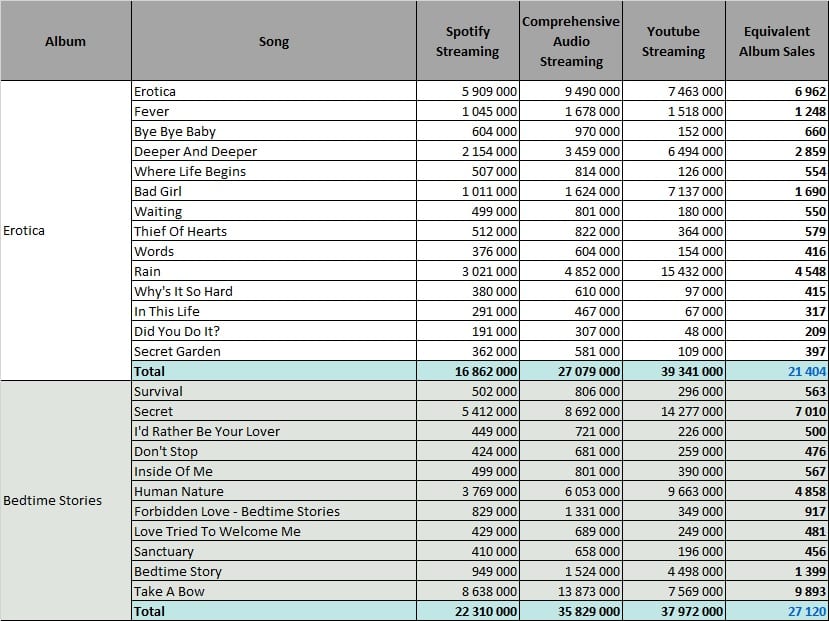 Download sales of catalog songs of Madonna are not that good, but at least they benefited from positive years for her from 2005 to 2008 plus boosts like the Superbowl. Since streaming exploded, she has not been getting hits anymore, so her old records had no boost of this kind.

As a result, less successful albums like Erotica and Bedtime Stories register no song with 10 million Spotify streams nor 20 million Youtube views. This absence of notable songs impacts strongly the equivalent album sales from streams of those albums, under 30,000 units each.