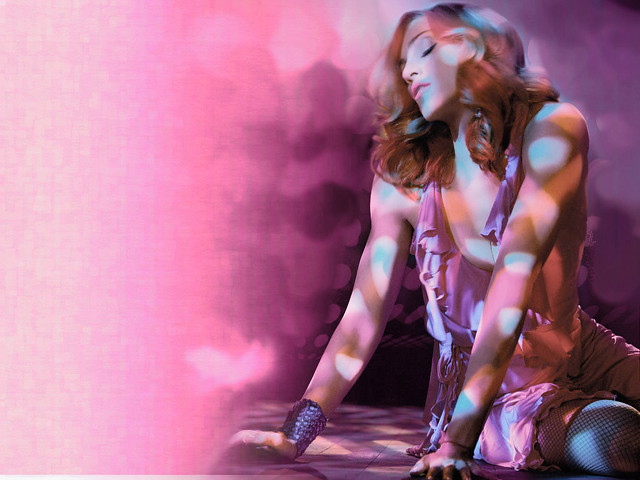 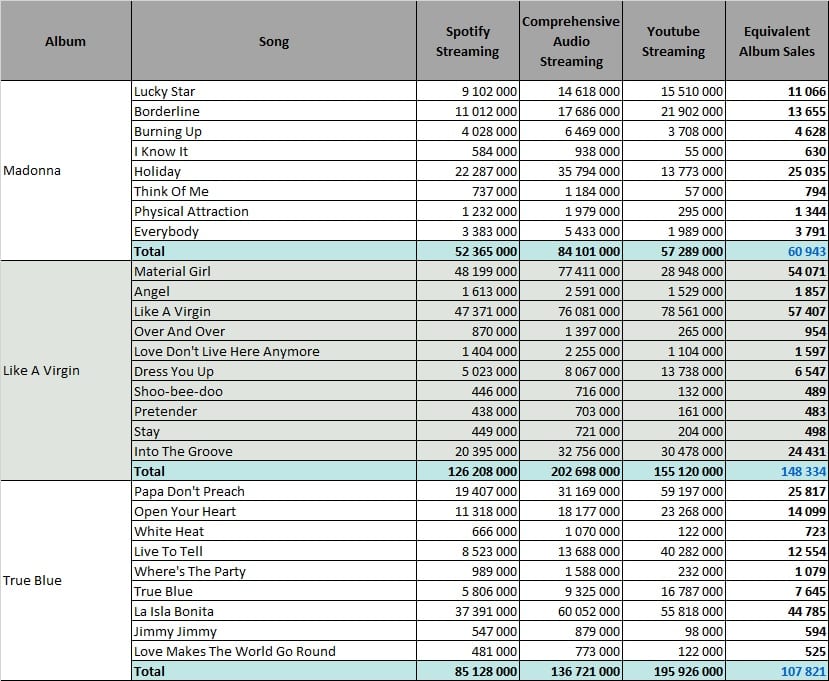 Let’s be honest, those figures are not record breaking. Madonna‘s highest song in streaming Spotify figures from her first three albums is Material Girl which is under 50 million. The five singles extracted from True Blue add for 82 million – nothing to be ashamed of but also nowhere near the near 500 million combined of the main three tracks of its contemporary challenger Appetite For Destruction by the Guns N’ Roses. The story is the same on YouTube.

Still, the main strength of Madonna has never been one or two songs but an extensive catalog of hits instead. Thus, the over 300,000 equivalent albums sales generated by those songs’ streams, which are already quite decent, are only a first batch of streaming results out of eight.