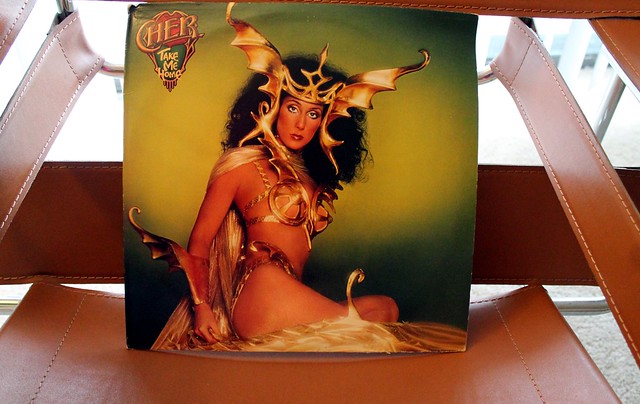 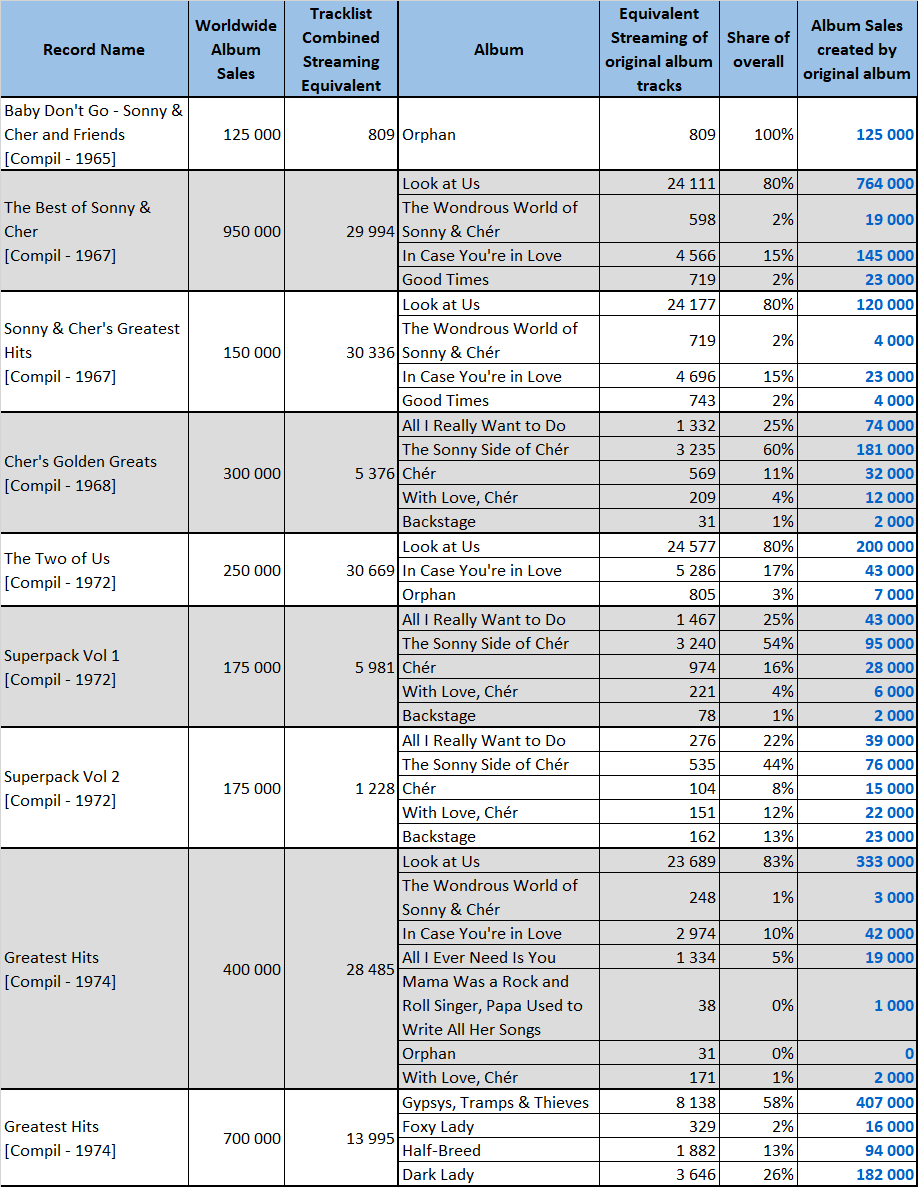 How to understand this table? If you check for example the Greatest Hits of Cher compilation line (the last one) those figures mean it sold 700,000 units worldwide. The second statistics column means all versions of all the songs included on this package add for 14,000 equivalent album sales from streams of all types.

The second part on the right of the table shows how many equivalent streams are coming from each original album, plus the share it represents on the overall package. Thus, streaming figures tell us songs from Dark Lady are responsible for 26% of the Greatest Hits track list attractiveness. This means it generated 182,000 of its 700,000 album sales and so forth for the other records.

Released at random moments and quickly replaced, those compilations haven’t amassed many sales individually. Their overall total is decent though. The main provider of sales of Sonny & Cher compilations is clearly Look At Us, which is logical since its I Got You Babe is the only song remembered by the duet.

Early compilations of Cher have their sales spread more equally among her 1965-1974 studio albums.

This website uses cookies to improve your experience while you navigate through the website. Out of these cookies, the cookies that are categorized as necessary are stored on your browser as they are as essential for the working of basic functionalities of the website. We also use third-party cookies that help us analyze and understand how you use this website. These cookies will be stored in your browser only with your consent. You also have the option to opt-out of these cookies. But opting out of some of these cookies may have an effect on your browsing experience.
Necessary Always Enabled
Necessary cookies are absolutely essential for the website to function properly. This category only includes cookies that ensures basic functionalities and security features of the website. These cookies do not store any personal information.
SAVE & ACCEPT
wpDiscuz
84
0
Would love your thoughts, please comment.x
()
x
| Reply