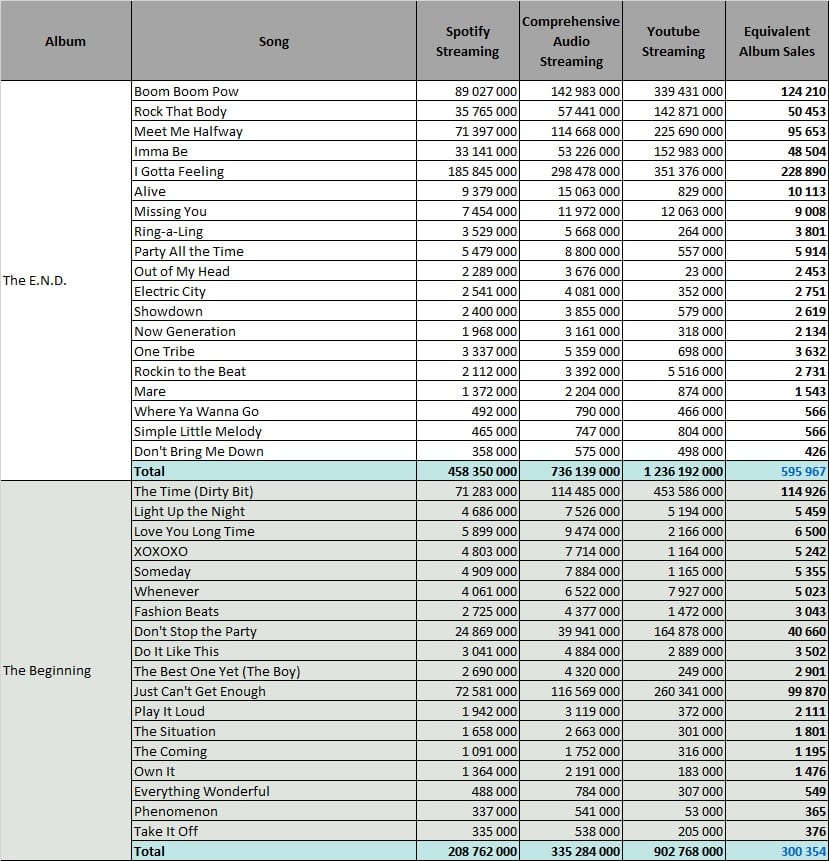 33 million Spotify streams plus 153 million YouTube views would make a song one of the biggest streaming tunes of many major artists. Those figures, realized by Imma Be, are only good enough to make it the 5th biggest song from The E.N.D. album. This perfectly summarizes the amazing strength of this album. Rock That Body is similar to Imma Be while Meet Me Halfway is twice as big. These totals are surpassed by Boom Boom Pow’s 89 million Spotify / 339 million Youtube plays. Head and shoulders above the rest is I Gotta Feeling which rides at 186 million streams on Spotify alone. Expectedly, The E.N.D. is the band’s biggest album on this format at 596,000 equivalent album sales.

The surprise comes from The Beginning. Already a very decent performer in download sales, it’s streams are very solid. Both The Time (Dirty Bit) and Just Can’t Get Enough break 100,000 equivalent album sales on their own. The additional songs push the total of the album to 300,000 units.