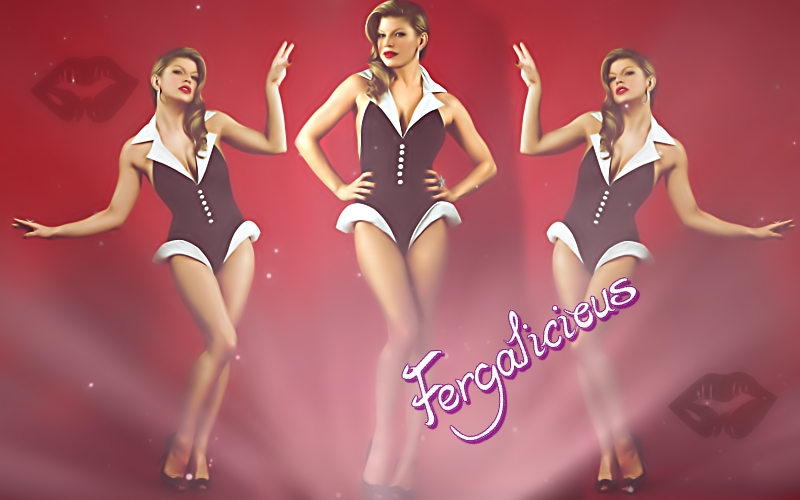 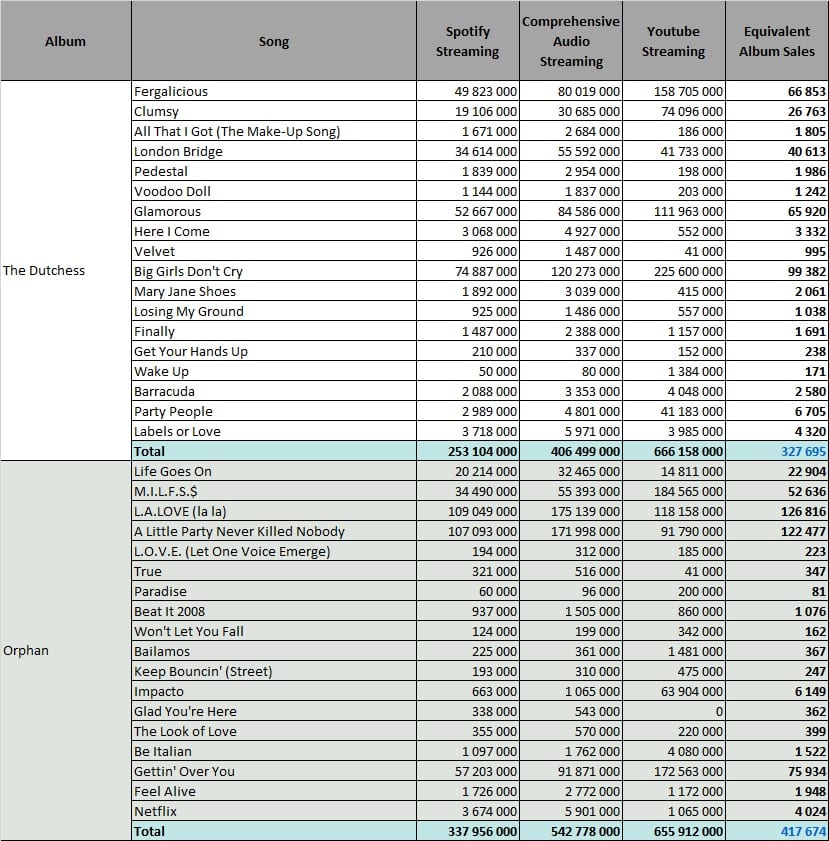 No song from The Dutchess has truly gigantic Spotify streams. Four of them are impressively solid though, with London Bridge at 35 million, Fergalicious at 50 million, Glamorous at 53 million and Big Girls Don’t Cry at 75 million. The last three also top easily 100 million YouTube views. The remaining album tracks are not too shabby either, although not that impressive for a relatively recent record. In total, those streams are worth 328,000 equivalent album sales.

The career of Fergie has been messy lately with various songs coming out without the arrival of an album. Some did okay in the streaming area though. Both L.A.LOVE (la la) and A Little Party Never Killed Nobody top 100 million Spotify streams. M.I.L.F.S.$ and Gettin’ Over You are closing in on 200 million YouTube views. Thanks to the more favorable streaming market when they were issued, those Orphan songs combined beat the total of tracks from The Dutchess, with a total of 418,000 equivalent album sales.