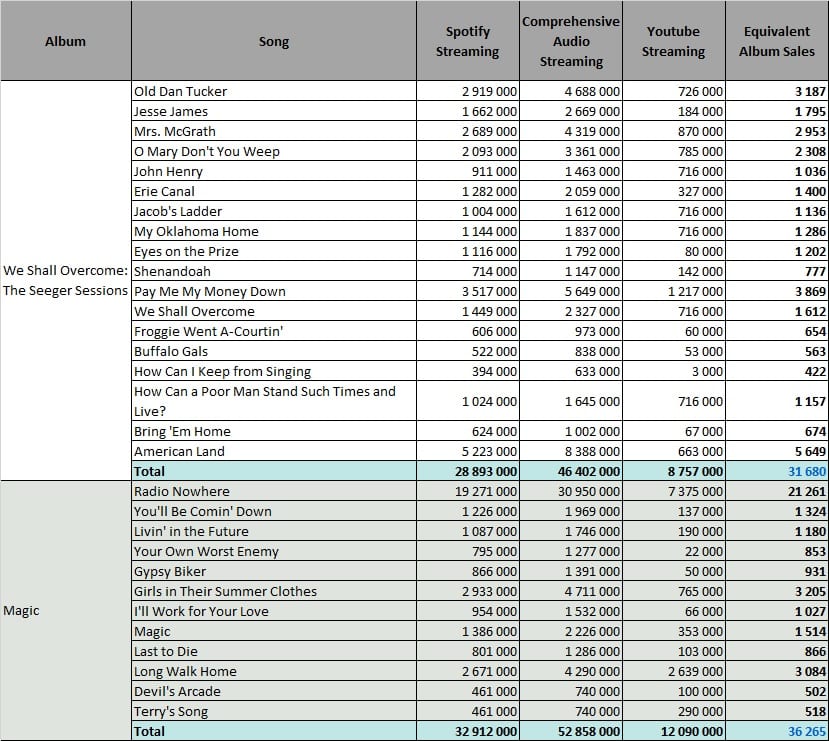 We Shall Overcome was a special release, a traditional folk record made of covers from Pete Seeger‘s catalog. It wasn’t supposed to be a great seller, with virtually no single to support it. Rave reviews quickly did the job though, and this word of mouth appeal is seen within its streaming results too as 12 of its songs have over 1 million Spotify streams. It has accumulated 32,000 equivalent album sales in spite of owning no hit.

Magic is less consistent, but benefits in full from streams of Radio Nowhere which are close to 20 million. The album has 36,000 equivalent album sales.