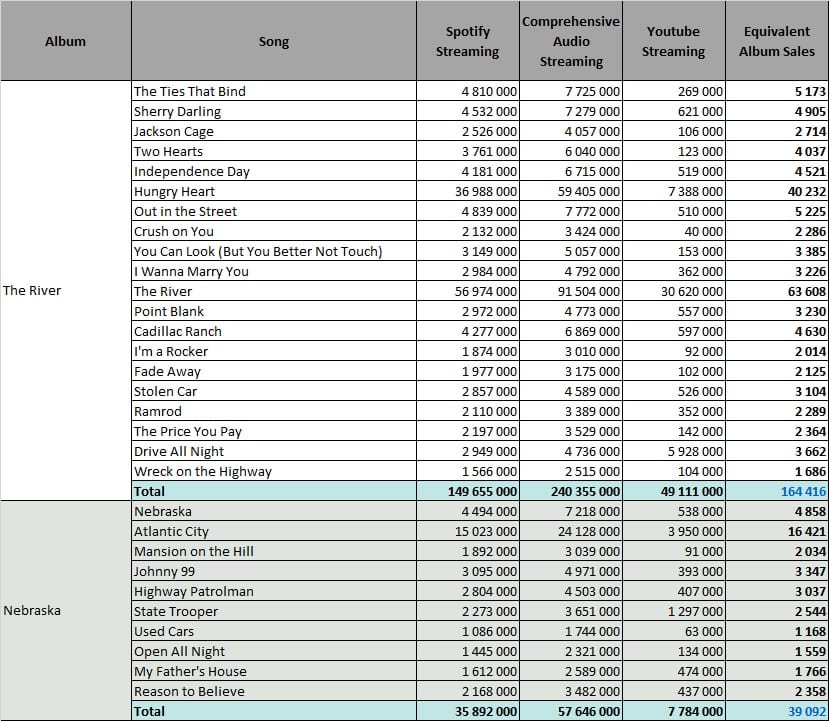 The extensive 20-track album The River impresses with all its songs over 1,5 million audio streams on Spotify. It is led by its two big hits, Hungry Heart at 37 million and the title track at 57 million. It translates into 164,000 equivalent album sales.

Nebraska posts very similar results to Darkness with one hit at 15 million, Atlantic City, and all the remaining tracks over 1 million. It has 39,000 equivalent album sales.