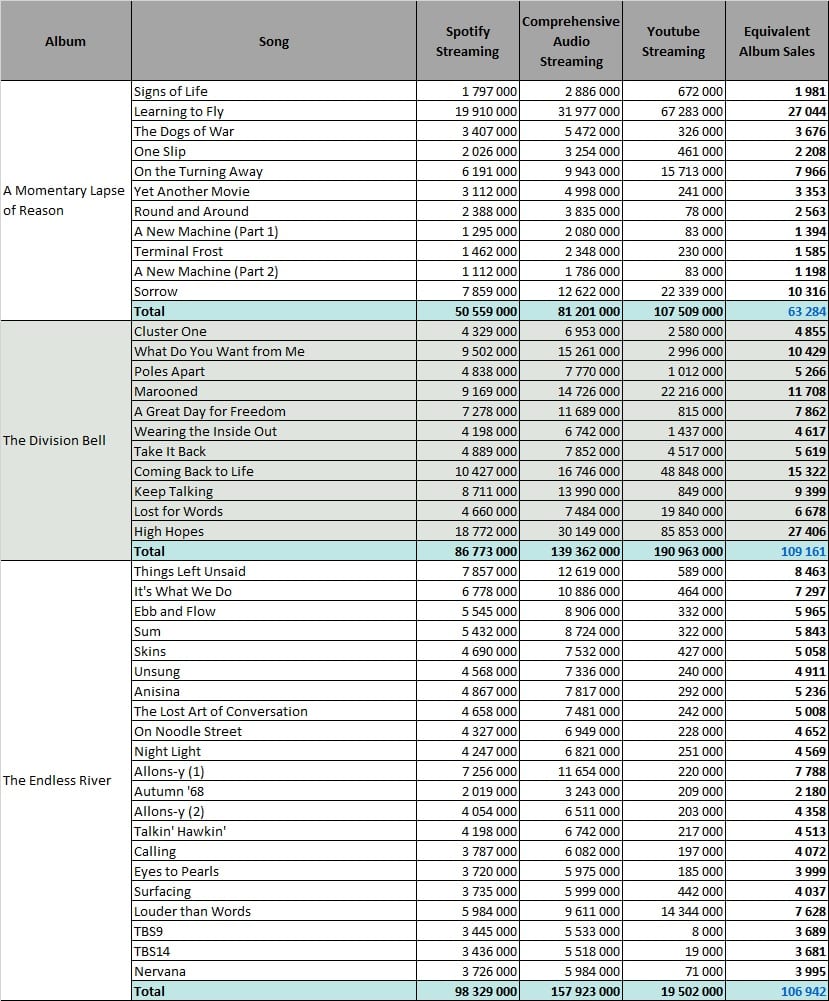 Interestingly, The Division Bell hasn’t sold well thanks to just the strong 90s sales as well as the legendary status of the band. It’s a very successful album, their fourth biggest record after the ground breaking trio Dark Side of the Moon, Wish You Were Here and The Wall. All of its songs are over 4 million Spotify streams and they combine for nearly 200 million YouTube views, leading to 109,000 equivalent sales. This is more than The Final Cut and A Momentary Lapse of Reason combined.

The Endless River is obviously the band’s only album released in the streaming era. It hasn’t been that successful in this field. At least nowhere near its results in pure album sales.