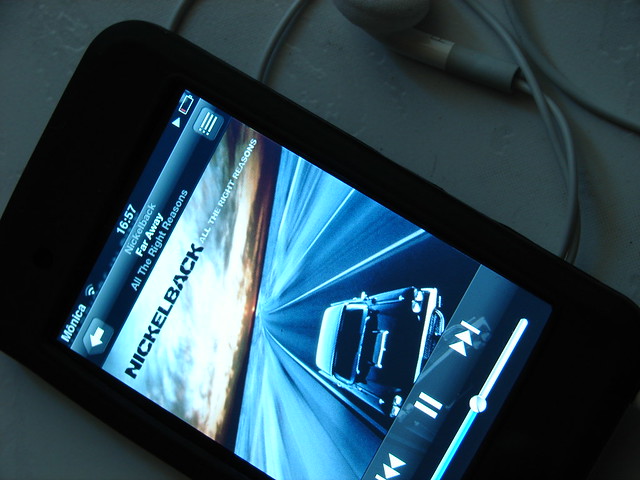 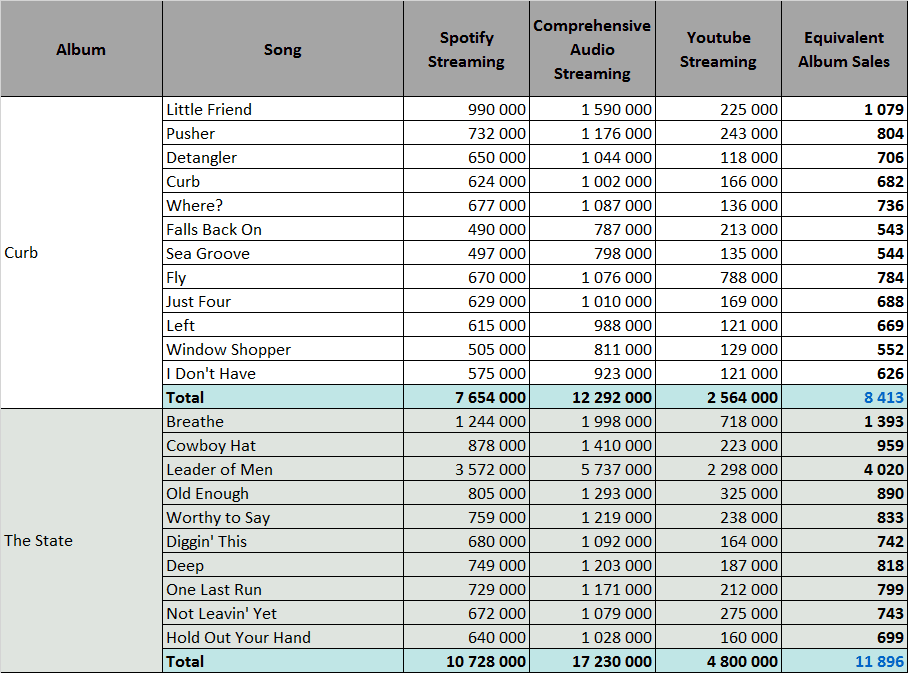 Once again the first albums of the band fail to perform well. All the songs from Curb are under 1 million streams on both Spotify and YouTube.

The second album is pretty similar with only Leader of Men getting some love at 3,6 million and 2,3 million streams on Spotify and YouTube respectively.

All streams merged together represent 8,000 equivalent album sales for Curb and 12,000 for The State.