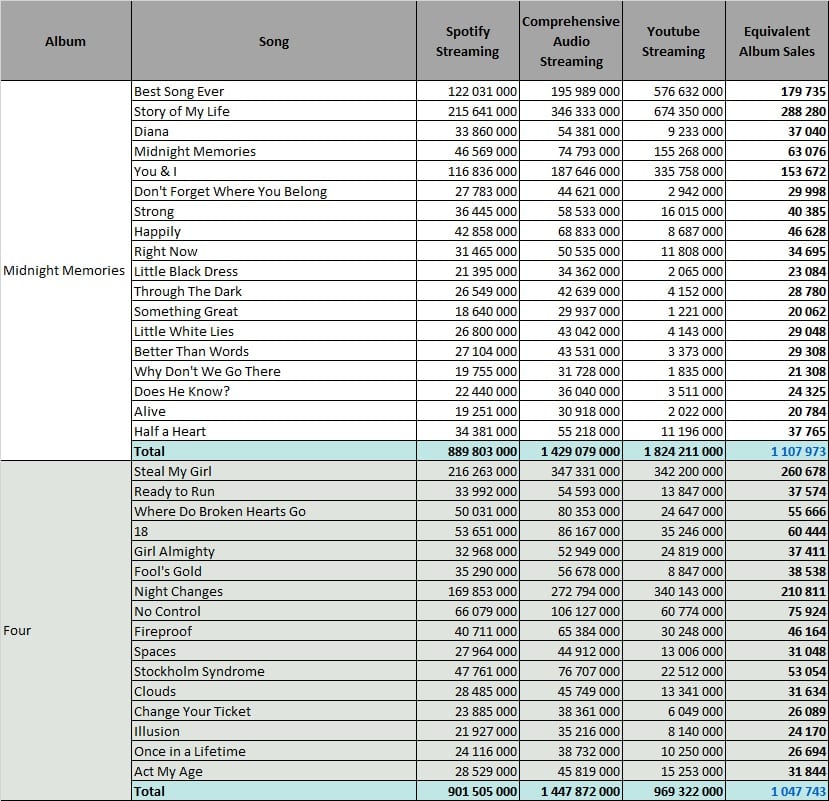 Midnight Memories has three songs which have yet to reach 20 million, and also most of its track list with no truly relevant YouTube video. This doesn’t make it a weaker streaming album since 3 singles, Story of My Life, Best Song Ever and You & I, all break 100 million Spotify plays with ease. With Story Of My Life approaching 216 million streams. These big hits enable Midnight Memories to register over 1,1 million equivalent album sales from streams.

Four isn’t that far behind at 1,05 million. Released in a growing audio streaming market, the album sees all its songs at 22 million or more at Spotify with 10 of them passing 30 million. Steal My Girl equals the previous album’s lead single with 216 million streams on the Swedish platform.