The truth about Britney Spears’ album sales in Asia 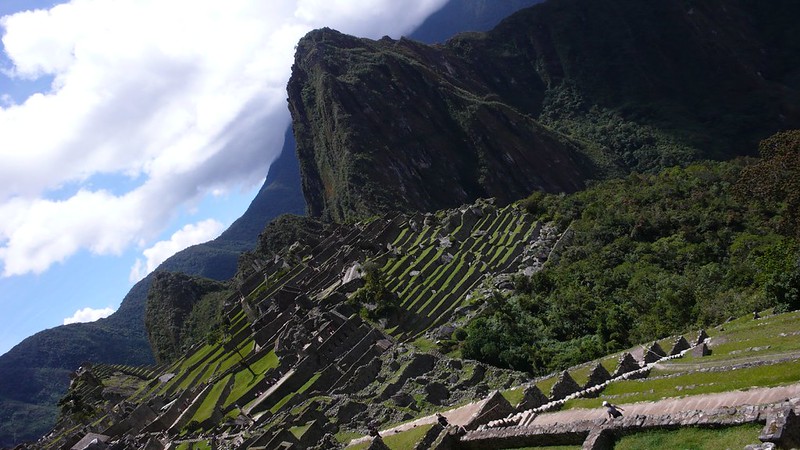 Only 12 Asian countries have ever been covered by IFPI reports. This is because most countries from the continent have no music industry at all. As many as 10 of them were studied in this article. The missing ones are China and Pakistan. The reason for their absence is quite easy to understand as they had no official criteria for certifications.

Using market sizes would provide incorrect results, as those two countries are massively dominated by local music. The Pakistan market is similar to that of the Indian one, but 80 times smaller. Since Indian sales figures for foreign artists are disastrous there, you can guess how irrelevant Britney’s sales must be in Pakistan.

As for China, when she released her first album the country was worth 15% of all Asian album sales. To better gauge the share for international artists though, CD sales are more telling. For example, in 1998 an unreal 415 million albums in cassette form were sold in India, but only 5 million CDs, a real trademark of local artists tremendously outselling international singers. China was similar with 145 million cassettes sold against 12,5 million CDs only. If the country represented 15% of the global Asian market, it accounted for only 3,3% of CD sales. I have thus allowed 5% for Rest sales to consider the Chinese market, as well as possible imports elsewhere.

Pretty logically, the consistent Japanese market has been taking over the main part of Asian sales as remaining countries were going downhill. In terms of success, Britney has been truly impressive there with each of her first three albums topping 1 million Asian sales outside Japan. We can extend her million selling albums streak to five by adding sales in this latter country. The 8 LPs listed add for nearly 8,4 million sales in Asia.

I hope you enjoyed the second part as much as the first one, in part three Europe is up next!

Her numbers in big Asian market, such as Japan, Korea. Wasn’t really that impressive, however she did very well in the smaller markets such as Indonesia, Philippines, Malaysia. It is somewhat disappointing to me to see her Japan sales.

Her numbers in Korea was impreasive. At that time Korean music market was significantly declined. And plus, there was no kpop boom yet. So the biggest local sales in 2001 was under 700,000 copies. Of couse, Britney was the biggest wester acts here.

Sadly, there is no online database showing certifications for India. Very few ever leaked through official press releases listing certs from all countries!

Just an FYI . Thalia’s Nandito Ako album which had the cut of the same title was certified as the best-selling album of all time in the Philippines by PARI (Philippine Association of the Record Industry). They have confirmed that indeed, it has sold more than 1 million copies in the Philippines during the height of her popularity. Ogie Alcasid, a Filipino singer-composer, who happens to be the original singer of Nandito Ako, jokingly said in an interview that his biggest hit (Nandito Ako) is the Philippines best-selling song of all time with over 1 million copies sold, and unfortunately… Read more »

Please refer to the first part introduction. Britney.com used criterias that were current when they updated their lists, e.g. first in 2006 and then with 2008 levels. Awards are not officialy certified and do not meet levels as per the release date.

How would you say how successful beyonce is in asia?
Her first three albums was very successful there and also Destiny child was huge?
And compared with her peers like rihanna?
Rihanna vs Beyonce in Asia? Who is bigger ?

I am an Asian so I can answer these questions…
1.) Compared to her success in America, she is not that popular in Asia, being only successful in big commercial Asian markets like Japan but not the best sales in weaker markets like India.
2.) yes in Asia, he first three albums were huge successes in Asia, especially Sasha fierce era… however her fame and popularity in Asia began to simmer down when the 4 era started.
3.) Her peers are far more successful in Asia compared to her
4.) Rihanna is far more bigger and known in Asia

I am an Asian too and you are telling some lies. Beyonce is very popular in markets like Indonesia(2 albums sold past 100k) and Korea (millions of digital single downloads). Her songs Halo and If I Were A Boy are super super unbelivably huge in China. It is so so big. Beyonce is very popular in East Asia and Southeast Asia, and as you say, she may be not that popular in South Asia. I don’t know about that since I never been there. Beyonce’s peers are not far more pupular in Asia than her. Only Britney and Avril may… Read more »

Don’t understand why being Asian is too much of a criteria to answer this question.
In overall units Beyoncé is probably bigger than Rihanna in the region but she was around in the era of bigger album sales there. In recent years Rihanna is definitely the more popular one as she’s getting more YouTube views than her in every relevant market in the region except South Korea and Beyoncé’s album sales have been pretty poor there in recent years too, also in China Rihanna is up to 2.7m followers on QQ but Beyoncé only got 900k.

Yes you are right. That;’s because Beyonce’s popularity got big decline since 4 era. It actually has not too much to do with market size. Physical sales are dead in China now, but BTS new comeback already got 720k pre-orders physically in China(Korean imports, but bought by Chinese, the physical figures are all detailed everywhere). Even IZONE sold nearly 100k physical imports in China with their new comback. Taylor is still able to sell 250k physically with 1989 (locally issued, dont count imports since Chinese western music lovers never gather together to buy hundreds of copies each person and they… Read more »

If Beyonce has sold 83 million records, and Rihanna has sold 96 million records, then how can rihannas asian record sales by lesser than Beyonce? in fact, Chartmasters themselves have made a global heatmap of Beyonces popularity and if you look at the map, her popularity doesnt thrive in Asia compared to the US or Africa. https://chartmasters.org/2018/11/beyonces-global-heatmap/ Quote from the site- Overall, Beyoncé‘s popularity in Asia is not that strong. She underperforms in many major markets, such as the Philippines (#63), Singapore (#65). Taiwan (#83), Vietnam (#89), Hong Kong (#93), and as previously mentioned, Japan (#100). She sells a lot of… Read more »

The thing is that Beyoncé was huge in Japan and South Korea during the 2000’s. She just fell into irrelevancy in these markets during the 2010’s for some reason while Rihanna stayed decently popular to this day.

Even Britney who is consider irrelevant these days has better youtube views than her in Asia.

Beyonce ever since the end of the I am…sasha fierce era popularity has dipped worldwide. Her last lemonade managed to sell only 50k copies in its first week outside of the US. 60% of her lemonade sales came from the US (lemonade sold 1.5 million US units). If we subtract US sales, the album has managed only to sell 1 million WW. Whereas, for Rihanna, her songs like Umbrella, diamonds, stay, only girl, Whats my name, love the way you lie and many more hits have been so popular in Asia, She itself has sold most of her records from… Read more »

This website uses cookies to improve your experience while you navigate through the website. Out of these cookies, the cookies that are categorized as necessary are stored on your browser as they are as essential for the working of basic functionalities of the website. We also use third-party cookies that help us analyze and understand how you use this website. These cookies will be stored in your browser only with your consent. You also have the option to opt-out of these cookies. But opting out of some of these cookies may have an effect on your browsing experience.
Necessary Always Enabled
Necessary cookies are absolutely essential for the website to function properly. This category only includes cookies that ensures basic functionalities and security features of the website. These cookies do not store any personal information.
SAVE & ACCEPT
wpDiscuz
60
0
Would love your thoughts, please comment.x
()
x
| Reply