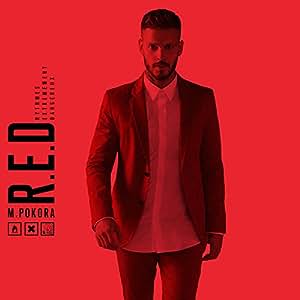 After building a solid fan base in the previous years, the return of M. Pokora in 2015 was highly anticipated. He did so by dropping several singles including a duet with popular rapper Soprano which sounded like a return to his urban works in years gone by. However, those eras hadn’t been the most successful for M Pokora.

Fans were still eager for new music and promotion was big, for the new album R.E.D. – Rythmes extrêmement dangereux which shot to #1 selling a huge 63,000 units in its first week, as much as A La Poursuite du Bonheur (40,000) and Live A Bercy (23,000) debut figures combined. Even with sales divided by 3 on week 2, that was enough to continue topping the charts.

Airplay of Mieux Que Nous kept the album inside the Top 30 for four months, and seven months in the Top 50. However, this occurred during summertime with low weekly sales. Unlike its predecessors, this record wasn’t able to accelerate its pace when the holiday season kicked in, completing the year with 188,000 sales, nearly half of which came during its first two weeks of release in February.

Due to barely reaching 200,000 units with sales in 2016, the album was out of the Top 100 from the beginning of the year. The main focus of his discography was set on his new live album R.E.D. Tour. It debuted and peaked at #2 behind Renaud’s monster eponymous album with 15,400 units sold before quickly spiralling down the chart.

No other track from the album features among the artist’s Top 20.