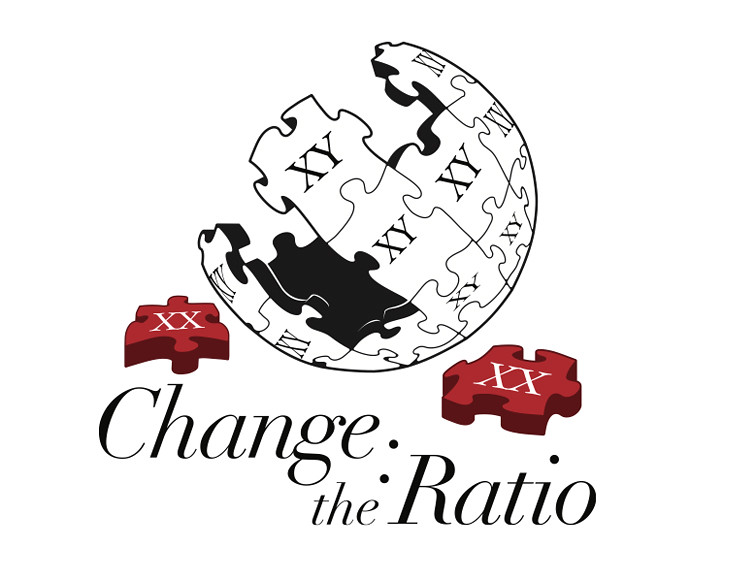 As a reminder, the weighting is done with a 10 to 1 ratio between one album and one digital single.

For one year now, you have been used to read this sentence on all CSPC articles. Using this 1:10 ratio was a no-brainer, replicated from Soundscan reports which used it on their Overall Album Sales category, with the specification “INCLUDES ALL ALBUMS & TRACK EQUIVALENT ALBUMS“.

Should it really be a no-brainer though? In fact, it shouldn’t. As in every area of expertise, there is two point of views, the technical side and the functional side. Let’s try to check if that 1:10 ratio is relevant in both of them.

The standard price of downloads was for long $9,99 for albums and $0,99 for singles, which explains the logical calculation of Soundscan. This price evolved threw the years with songs set at $0,59 or $1,29 at times. In addition, the ringtone was notably higher priced with standards often on $2,49. As we do include this format, it changes the price average. Obviously, all those prices refer to the US which is used as a scale. It is the biggest digital market overall, by far the biggest for all international artists studied but also it perfectly represents similar prices in place elsewhere.

Below table lists entire data of download singles and ringtones both on price and units as per Soundscan from 2004 to 2016:

Figures of note are that 14,26 billion units have been sold on those years for a total gross of $18,6 billion. This concludes on the red figure, an average price of $1,30 per unit. It means the technical equivalence between digital singles sales and albums should be 1,3:10 instead of 1:10.

The whole principle of the Commensurate Sales to Popularity Concept is to merge together all figures of an artist to accurately gauge his popularity. While working on that subject, we met countless of times the cannibalization issue, e.g. how the release of some products impacted negatively sales of others.

While many factors impact the market, the cherry-picking capability of downloads appeared to be commercially unviable. The most downloads increased, the most the combined market collapsed. It is perfectly summarized by below table coming from the RIAA: 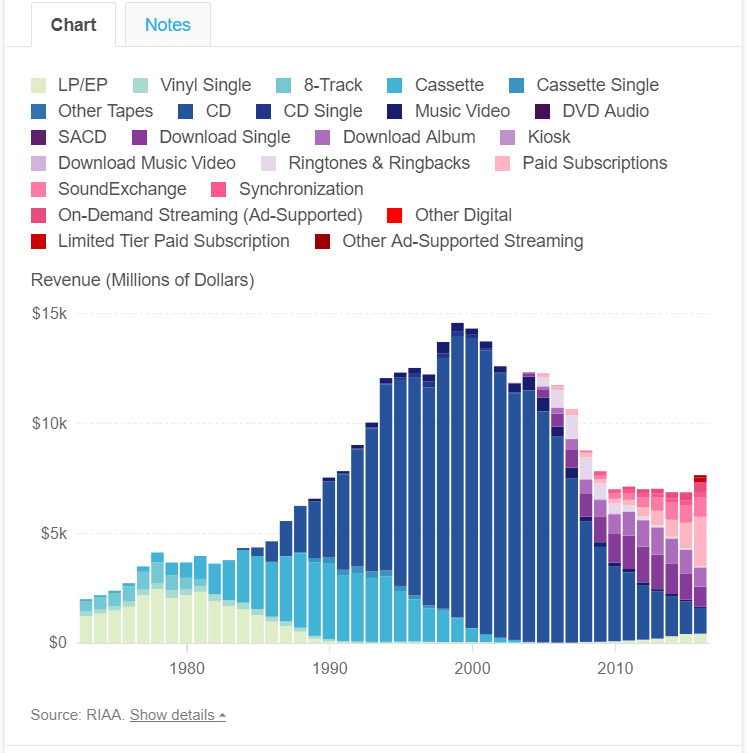 When downloads started to pick up in mid-00s, the market had been stable in the $12-14 billion region for 10 years. As the purple sections, representing downloads, started to grow, CD sales considerably dropped, faster than aforementioned increase of downloads. This conclusion is natural – when you can buy all singles of a popular album for $4/5, why would you pay an average of $15 for the same content plus a few fillers? Here comes a concrete example, the one of Green Day‘s American Idiot album, one of the first major seller on digital formats.

As many as four singles sold 3 million and more, mostly bought by the same users. In fact, unlike CDs, downloads have never been adopted by the entire population. This is why top sellers are so close to each other, since the low price per unit enables the limited amount of users to buy many tracks. Thus, we are looking at 3 million persons who were interested enough to buy 4 singles or more from this album. In all likelihood, those same persons would have bought the album one decade earlier. That’s 3 million album sales lost, plus 3,2 million singles sold after truncating those 3 million users, e.g. 3,3+ million equivalent album sales. With the 1:10 ratio though, those units are converted into only 1,77 million.

This seems to be more theory than reality, so let’s verify if this intuition is verified at the highest scale, e.g. the entire market. Up to 2003, there was no digital singles sold while from 2007 YouTube and then streaming platforms appeared. Both elements imply that 2004 to 2006 are the most relevant years to identify the functional replacement of album sales by digital singles.

As you can see, every 5,89 digital single sales gained, 1 album sales was lost. It validates the theory of cherry-picking singles shutting down sales of fillers which happened with the album format. This shouldn’t come as a surprise to you if you have been a ChartMasters.org reader for long as we often pointed out how much the general public cares about the hits only. You can also understand here why the average investment in music purchasing per music consumer in 1999 averaged $120 as published by the IFPI while iTunes revealed their average user used to spend on $64. Those latter were downloading 5 singles of one album instead of predecessors having to buy it in full.

With a technical ratio of 1,3 to 10 and a functional ratio of 1,7 to 10, it seems natural to update our conversion ratio between digital singles sales to albums sales at 1,5 to 10, replacing the former ratio of 1 to 10.

All articles published after the YouTube views integration will see the digital singles ratio updated as well as their totals within’ the next 72 hours. Older artists who already require an update due to streaming formula update will have their digital sales ratio changed at the same time. New articles will logically be using this new ratio by default from now on.