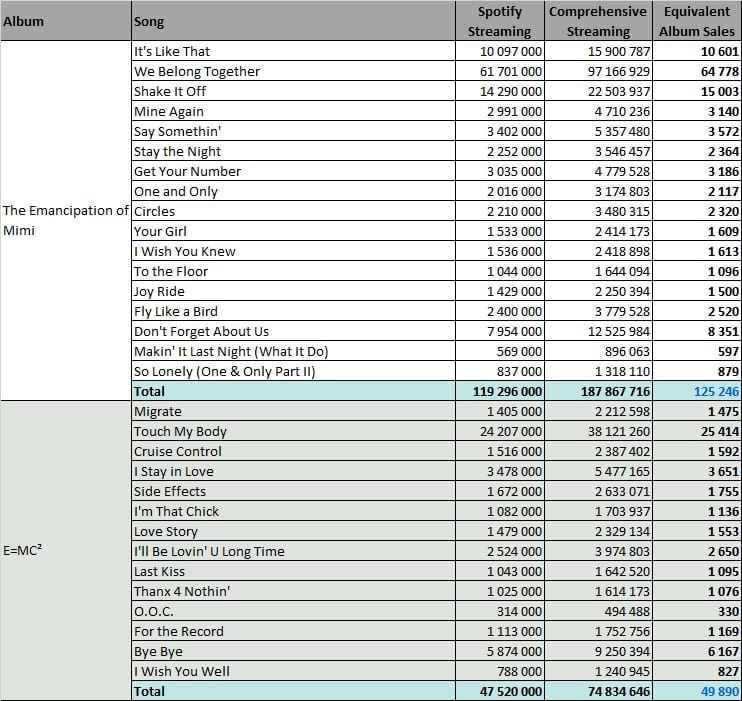 Success apart, streams of The Emancipation of Mimi as well as E=MC² reveal more contemporary songs. Indeed, the most striking event isn’t the big streams of main singles, which could have been guessed, but instead the entire tracklists consistency. Those better album track streams reflect album streams rather than songs streams, which were managed by previous albums.