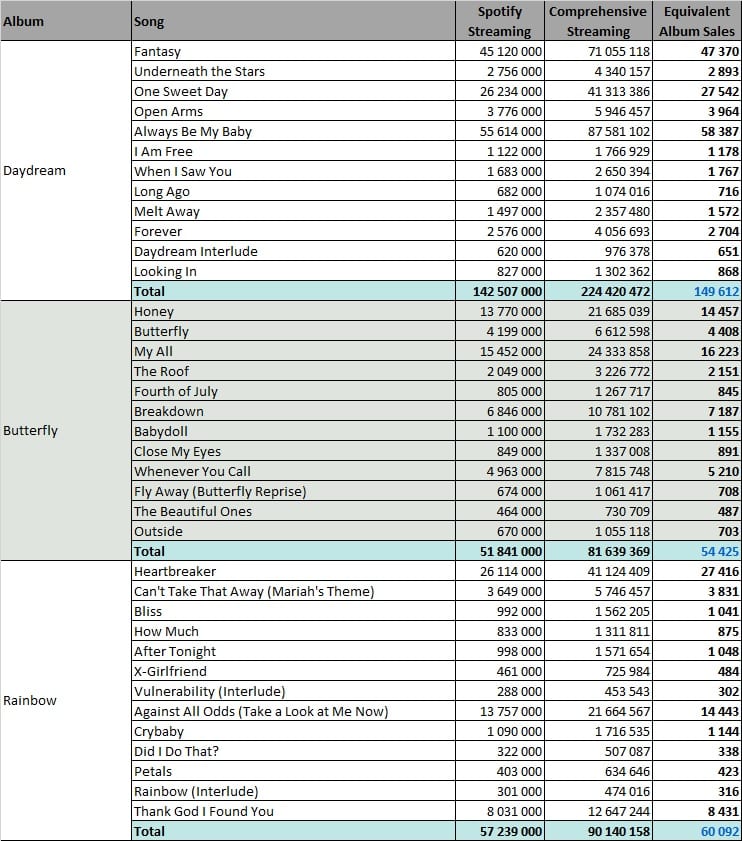 Just like in download sales, Daydream’s singles dominate Music Box’s songs when it comes to streaming. Always Be My Baby is the leading force at 56 million while Fantasy is a huge second at 45 million. In spite of a healthy 26 million streams, One Sweet Day is only third. Interestingly, the ranking of those three songs in digital formats is the opposite of the one in physical sales. All things told, Daydream streams represent an impressive 150,000 equivalent album sales.

Surprisingly, both Butterfly and Rainbow crash Mariah Carey’s eponymous debut album in the streaming area. Both contain various million streamers plus a pair of 10+ million songs, concluding on 54,000 and 60,000 equivalent album sales respectively.