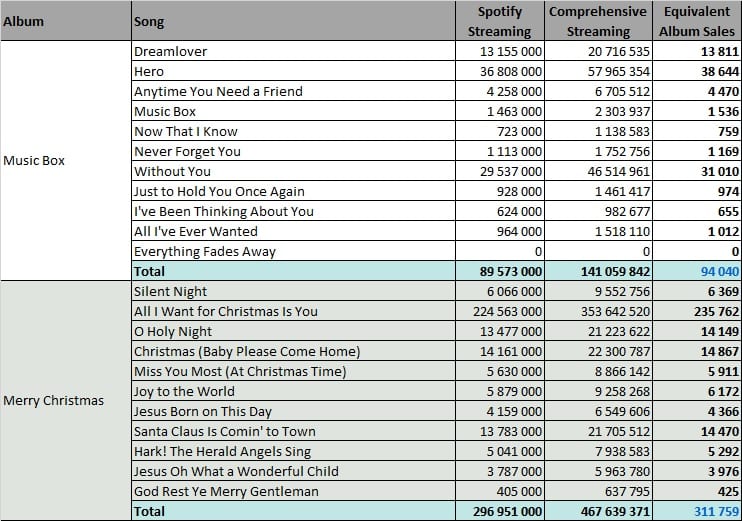 No song from Music Box is really that big – you will be hard pressed to identify another 20 million plus seller from the 90s with no hit single over 40 million streams. It does however have two very solid songs and a third that’s rather decent as well. Combined, streams of songs from this album are equal to 94,000 equivalent albums sold.

The real deal is Merry Christmas. The ever-popular seasonal album is extensively streamed every year at Christmas, fully enjoying the market boom. If all album tracks between 4 million to 14 million streams is already a valuable result, the total of All I Want For Christmas Is You of 225 million is absolutely magnificent. If you wonder how it ranks among other 90s songs, this tune is third overall only topped by Oasis and Nirvana classics Wonderwall and Smells Like Teen Spirit. The result is obviously good with a notable 312,000 equivalent album sales for this Christmas LP.