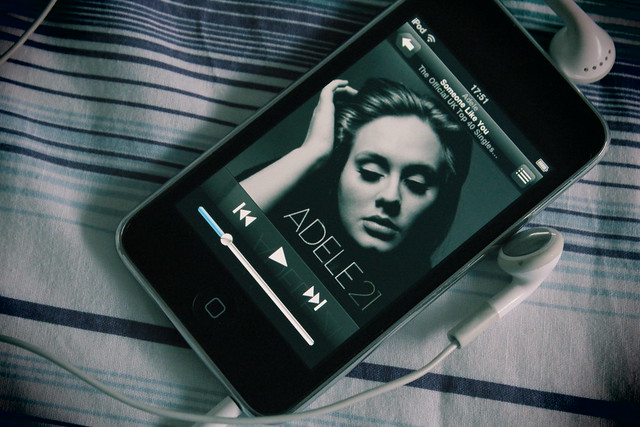 Adele album 25 was released in the week 47 of 2015, Ed Sheeran Divide on the 9th week of 2017. In terms of time-frame, less than 18 months is a tiny difference. The market strongly changed during that span though. Also, sales in late November are from 60% to 80% higher than in early March. So, should we add 60% to Ed Sheeran album plus the drop in album sales since to balance the market drop? No.

There is several reasons impacting the overall size of the market in a specific week, various of which have no consequence at all on the debut week of an artist. A part of the market increase is purely artificial in a market point of view – barely the result of bigger artists issuing new albums in November than in March. Nowadays, among first-week sales belong a lot of pre-orders, which are what they are no matter when you release your album within’ the calendar. A massive number of purchases from fanbases will happen independently from the month of release too. Download sales are stable all year long except the couple of weeks after Christmas due to gift cards, which do not impact albums from our comparison today.

We are down to one only real difference, in favor of Adele which are Christmas presents. How can we weight the share of 25 units sold during the first week due to the gifting process? They shouldn’t be overlooked, in fact gifts represent as much as 46% of the fourth quarter total album sales as per the BPI, an incredible number. We can’t expect such a share in 25 first week sales though as a lot of its copies sold came from pre-orders / fans purchases as mentioned.

The gift effect is quite visible yet on its trajectory. In week 2, 25 boasted 439,337 additional sales. After such a massive debut, the norm in spite of a successful single would have been a 60% to 70% drop in the second week, yet it dropped by 45% only. This small drop was fully due to Holidays purchases increasing which compensated the drop implied by pre-orders and the likes. Had the album been released at some other time, we can assume a conservative 60% drop – then it would have sold roughly 320,000 units. We are left with nearly 120,000 units sold in week 2 thanks to Christmas presents. Elvis Presley symphonic album, which was #2 behind Adele at the time, was a pure Christmas cash-in, representing well the market picking up during Holidays. From Adele week 1 to week 2, he increased his sales by more than 24%. Preventing you from some boring calculations – it means we can value 25 first week sales thanks to gifting process at about 95,000 units.

In other words, the most sensible fantasy figure we can come out with for Adele smash album is that it would have sold roughly 705,000 copies if released fairer from Christmas. A massive figure still, higher than anyone, but the lead over Ed Sheeran Divide album is already way less obvious.

We have yet to factor in the market drop – indeed, in 2016 alone pure album sales in the UK collapsed by 25%. Over that 18 months period, that’s nearly a third of sales which disappeared. Guess what? I’m going to completely ignore that from this study. Why? Because blockbuster albums are blockbusters precisely because they sell to non-regular buyers, persons outside of the usual market. For them, the country population and the number of people with required equipment to play music matters much more than the sheer market size. Those indicators barely changed in-between both releases.