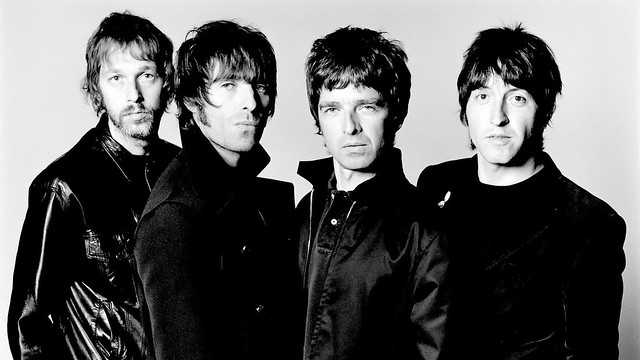 Oasis – runner up or bronze medal?

Before getting into the comparison and explain why Ed Sheeran numbers are in reality better than those managed by Adele, as insane as it may seem, let first talk quickly about Oasis 1997 third album Be Here Now. The OCC – the UK Official Charts Company – reported this week that album debuted with 695,761 units after its first chart week – with 3 days of sales. This figure makes it the second highest starting frame ahead of Divide. The OCC has been incredibly inconsistent on that matter yet, reporting different figures for it at different times. How is that possible?

Their system works just like the US counterpart Soundscan, scanning albums thanks to their barcode, it does so since they took over charts in early 1994. Obviously, not all retailers had that system in place from day one. Thus, to achieve comprehensive figures for the entire market, the OCC used to set formulas to extrapolate them. The scanned panel sales were converted that way in DUS figures, the Defined Universe Sales. The DUS figure of Oasis album in its first week was, is and will always be 663,389 copies sold.

As years passed and more and more retailers adopted the system, the OCC naturally kept updating the multiplier to transform panel sales in comprehensive ones. In recent years, things got tricky with the company deciding to change historical multipliers that they though were wrong in first place. The issue is that they never defined strict and clear rules about it, switching of method more often than not. Today, when they state a figure for the 1994 to 1997 period, depending on which OCC employee writes the article, you will be told a distinct number. The original DUS figure is the one that got added to all records release to date tally yet, thus used also for certifications purpose. As a result and out of such a mess, the only thing which remains is the fact – Be Here Now official sales figure for its first week is 663,389 units.