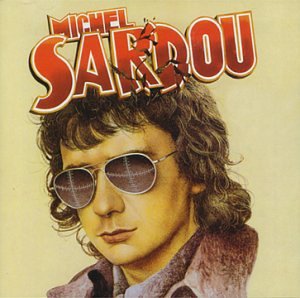 If the media love to create controversies around everything – and nothing -, Michel Sardou offered them a gold mine for their furious debates. No matter how doubtful his lyrics were, the fact is his new 1976 album La Vieille was massively successful.

The popular singer certainly wasn’t avoiding the situation. Some three years after the ground breaking smash La Maladie d’Amour, Michel Sardou came back with the heavily anticipated preceding lead single Le France. This was a reference to the famous state-owned passenger ship which remained the biggest in the World for over 40 years. Openly criticizing the government that was aiming to sell it, Michel Sardou got a lot of love from the working-class which bought more than 1 million units of the single.

Second single Je Vais T’Aimer, also released long before the album, was just as successful as it was controversial. Gaining critics for sexism, the song still went to #1 just like its predecessor, moving 700,000 units. Reaching the fall of 1976, both La Vieille records, the third single and the album, were issued. The single included the B-Side J’Accuse which contains homophobic lyrics. Despite this, nothing was stopping Michel Sardou’s popularity. Well, nothing except the new LP of legendary poet Georges Brassens.

Indeed, the 50s icon released his new – and last before his 1981 passing – album at the same time as Michel Sardou. Surprisingly, given Sardou’s unreal fame, the old gun won the battle, topping charts for both the months of November and December while La Vieille remained at #2. They were also very close sales wise with Brassens effort shipping over half a million units for the first month, while Sardou passed the 400,000 units mark. As a trademark of that closeness, both records switched positions in January.

As a younger artist with with new hit singles, Sardou remained strong all year long in 1977. His fourth single Le Temps des Colonies was the first to not top the charts. In fact, in the controversies category, that song highlighted how great the singer thought colonies were since they allowed you to have “black servants” and “four girls in my bed”. To avoid increasing even more polemics, the more than 400,000 units pressed of the single got destroyed before the expected release date. As if it wasn’t enough, the album track Je Suis Pour was a pro-death sentence manifest. It was just too much for the country’s intellectuals. Various anti-Sardou groups were created. His shows were home for public manifestations, and one of them saw a bomb found in the room!

With the LP sticking around the Top 15 all year long, he was one of the first examples of buzz benefits in order to sell. Even if the album was never certified after the introduction of Platinum and Diamond awards, sales climbed all the way to 1 million units globally by 1990. This figure includes sales in foreign countries, mostly Switzerland and Belgium, which explains why it has yet to cross the million level in France.

Like his other studio albums, La Vieille also got extensively cannibalized by various hits packages and live albums. Thus, post-1990 sales are rather low, increasing his 920,000 units total to 990,000 copies from the Billboard article to date.