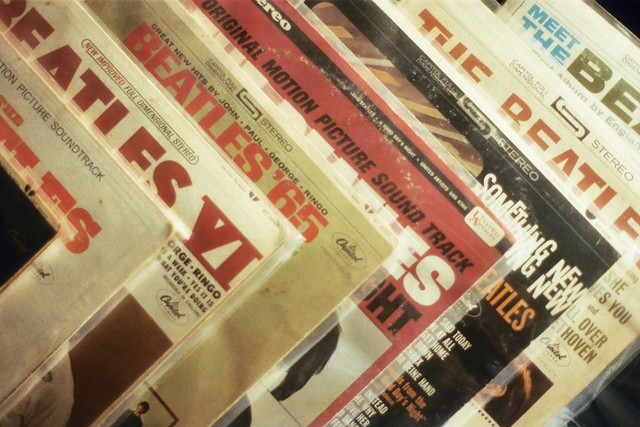 It sounds fairly logical to add together weighted sales of one era – studio album, physical single, downloads, streams – to get the full picture of an album popularity. For older releases though, they also generate sales of various live, music videos and compilation albums.

I previously mentioned how Please Please Me, With the Beatles and Beatles for Sale weren’t available in the US until the CD issue of 1987. In fact, they got locally issued albums instead including the first batch listed on this table.

On various articles listing the Beatles sales, they tend to add directly total US album sales into the UK releases as per the chronological order. For example, the second main US album Meet the Beatles! gets mixed with the second main UK LP With the Beatles. As shown in the table, this is a wrong assumption. The album not only has tracks from Please Please Me, but it also sold that well in the US thanks to the inclusion of popular stand-alone hits like I Want to Hold Your Hand.

How to understand the table from the picture? For each compilation, we first define its sales. Sticking to our example, Meet the Beatles! sold 6,1 million units in the few countries it got released. Its tracks combine for 66,7 million streams on Spotify. Those tracks got initially released from 3 original sources which are the albums listed in the fourth column. Then we learn that songs first issued on With the Beatles are responsible for 34% of Meet the Beatles! total streams, meaning it created 34% of its appeal which is the equivalent of 2,101,000 sales.

Naturally, as both I Want to Hold Your Hand and She Loves You, the Beatles biggest early hits, were issued as Orphan tracks, this folder album appears to be responsible for most of those US packages sales.