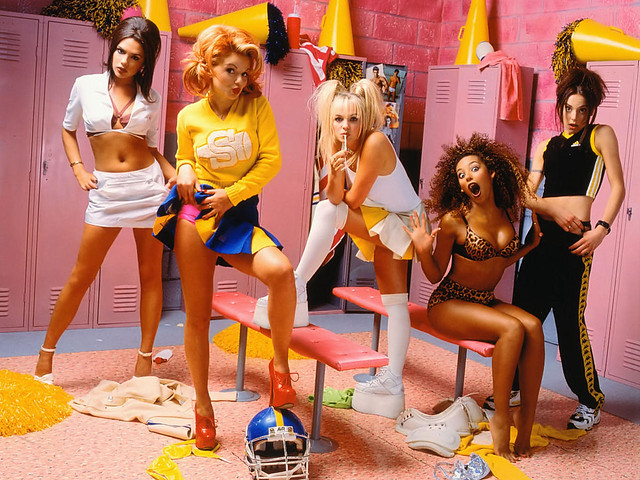 We will keep that ratio that Spotify-All Audio Streaming services updated as much as possible, especially when the next IFPI RIN comes out next month covering the 2016 Global market. For now, we will be sticking with this 63,5% rate.

What is this section about? Here we will be reviewing streams from all songs and all albums by the Spice Girls, converting each of them into equivalent album sales. The equivalent album sales is the division of the comprehensive streaming figure by 1500 as is now the norm in the new industry model. 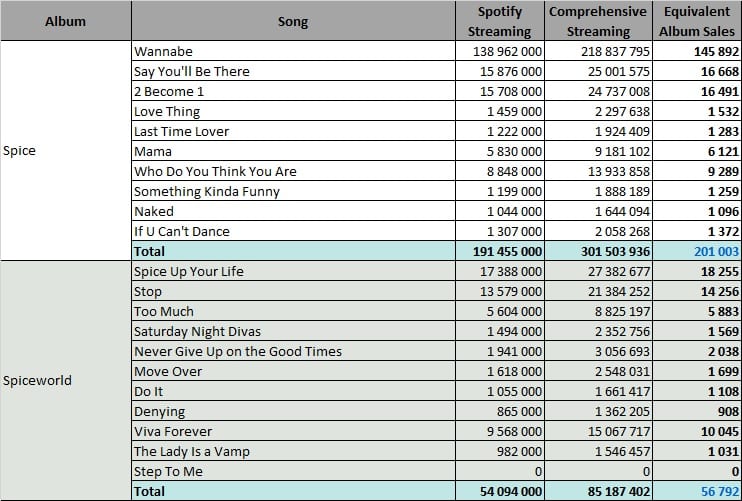 Here comes a surprising feat – most Spice and Spiceworld album tracks are past 1 million streams. Given how weak their catalog sales are, this is the trademark of an ever-lasting fan base which keeps on playing their material. Those fans obviously owned the albums for a long time which is why physical sales are so poor.

In fact, streaming gives the Spice Girls some credit back. Not many people will likely buy their albums, or even download their singles tomorrow, yet many will enjoy listening to a couple of tracks at a party. This is visible with Say You’ll Be There, 2 Become 1, Spice Up Your Life and Stop being around 15 million plays a piece.

What can we say about Wannabe then? Up to 139 million streams, this gigantic smash remains as popular as ever. An obvious favorite for a 90s child, girls or party themed playlists it isn’t going to slow down anytime soon.

That track alone is responsible for the huge difference between both albums’ totals. As a result, Spice has 201,000 equivalent album sales while Spiceworld is much lower at 57,000 units.