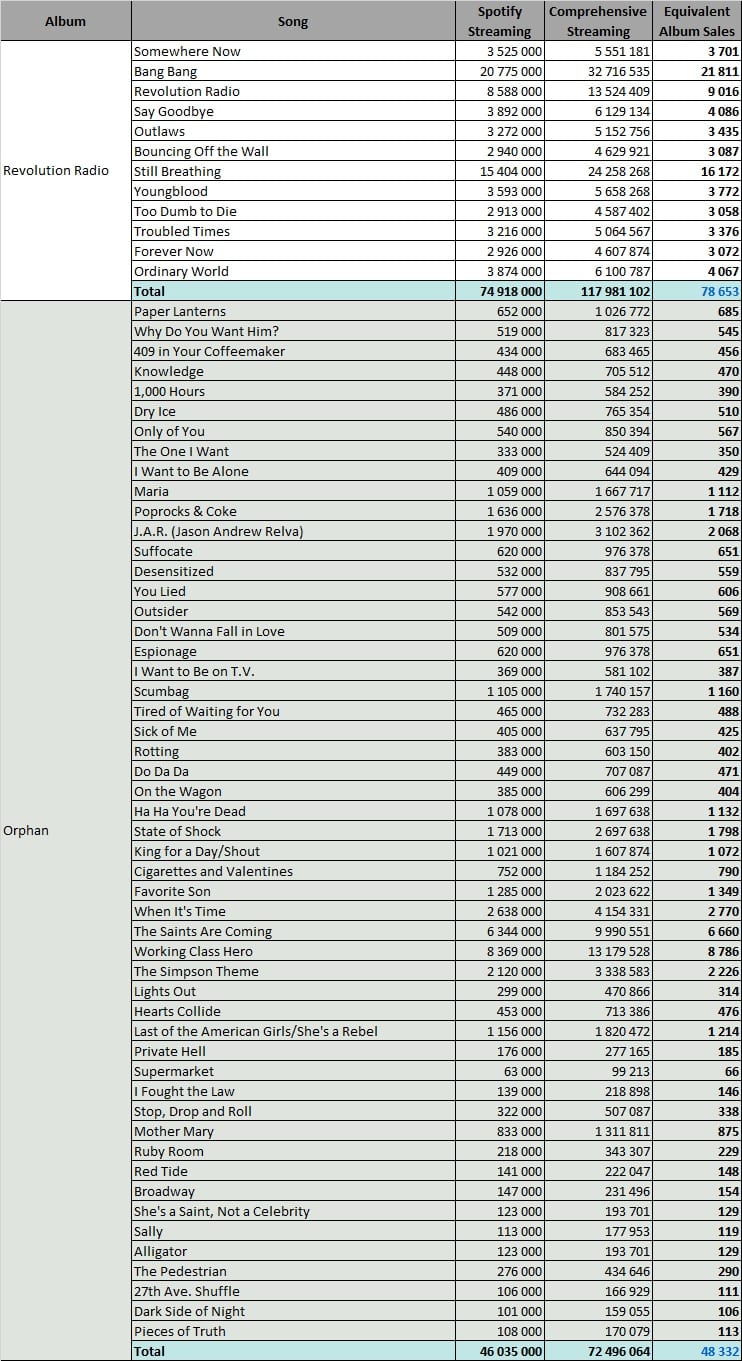 Looking at just streaming figures for Revolution Radio, it looks stronger than previous albums. However, it must be noted that it is enjoying a streaming market far bigger than a few years ago. Both #1 Alternative Songs on US radio are on 15-20 million, yet for this day and age these are truly unimpressive numbers. In fact, out of all 16 #1s of 2016 on the Billboard Alternative Songs ranking, Green Day‘s Bang Bang is the 14th worst performer ahead only of Trip Switch by Nothing But Thieves and Mess Around by Cage the Elephant, both of which are very close anyway on 18-20 million. On the other end of the spectrum, the Top 4  out of those 16 tracks, all by Twenty One Pilots and Coldplay, register at least 350 million streams each.

Those figures highlight an obvious lack of crossover appeal outside of the Rock box from new singles by Green Day. All told, Revolution Radio is on 79,000 equivalent album sales, while all non-album tracks listed within the Orphan Album folder add for 48,000 units.