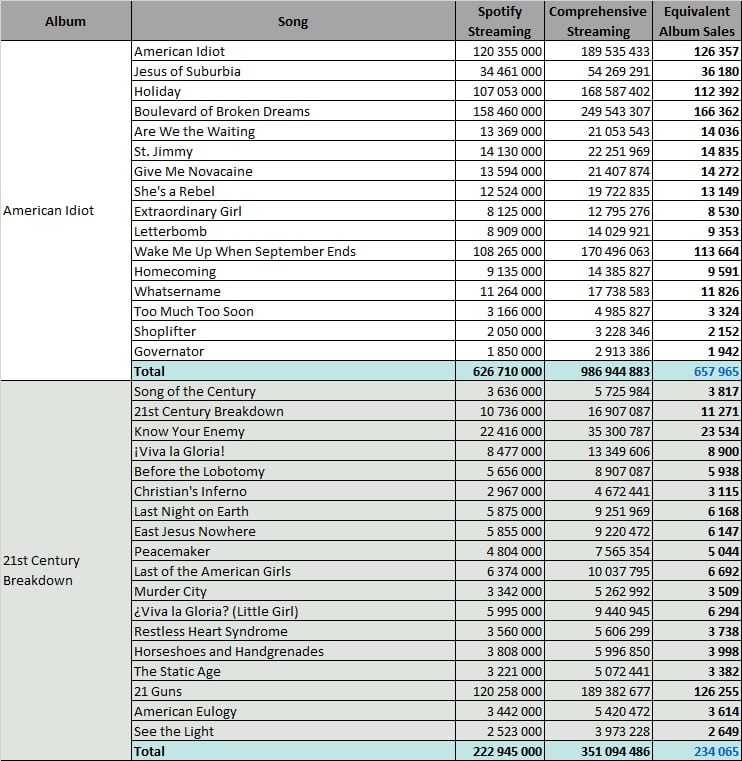 The unexpected and terrific return to form of Green Day with the American Idiot album wasn’t the result of luck. The record contains as many as 4 massively loved songs. The title track, Holiday, Boulevard of Broken Dreams and Wake Me Up When September Ends all crack the magical 100-million threshold. With nearly 1 billion comprehensive streams, the album is up to 658,000 equivalent album sales.

While nowhere near as big, 21st Century Breakdown performs respectably. With most album tracks around 3 million and singles topping 10 million, it is close to Dookie. It also has one mega-smash hit with 21 Guns, a 120 million streams song. The album amasses 234,000 equivalent album sales.