Streaming Part 3 – Calm before the Storm 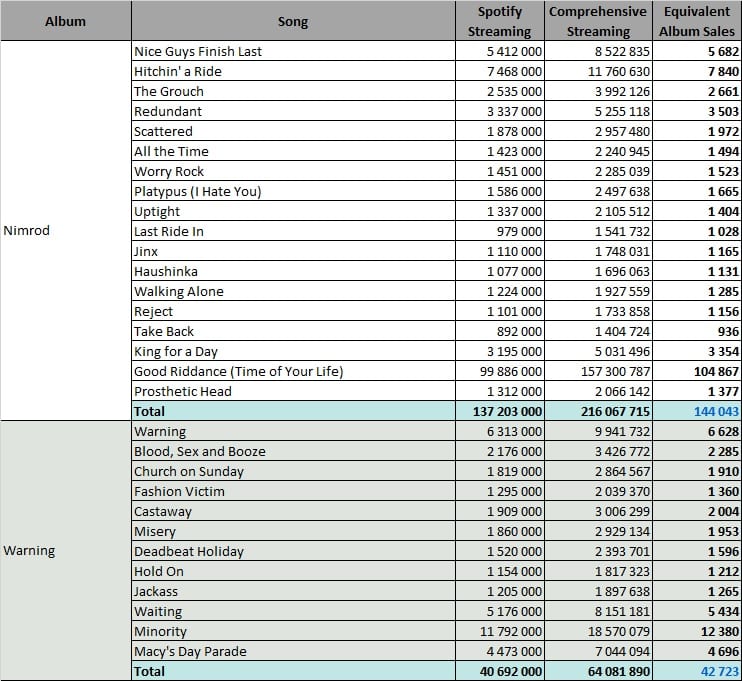 Both Nimrod and Warning had similar receptions to Insomniac when they were first released, all of them selling pretty much the same number of copies in their first 12 months.

Good Riddance (Time of Your Life) started to be used as some kind of celebration tune. One that you will air at funerals or when completing your university degree. This raised its status over the years, climbing now to the huge 100 million mark. That song alone gets nearly as many streams as all the other tracks from Insomniac, Nimrod and Warning combined. Home of this hit, Nimrod, is the album enjoying these results with 144,000 equivalent album sales.