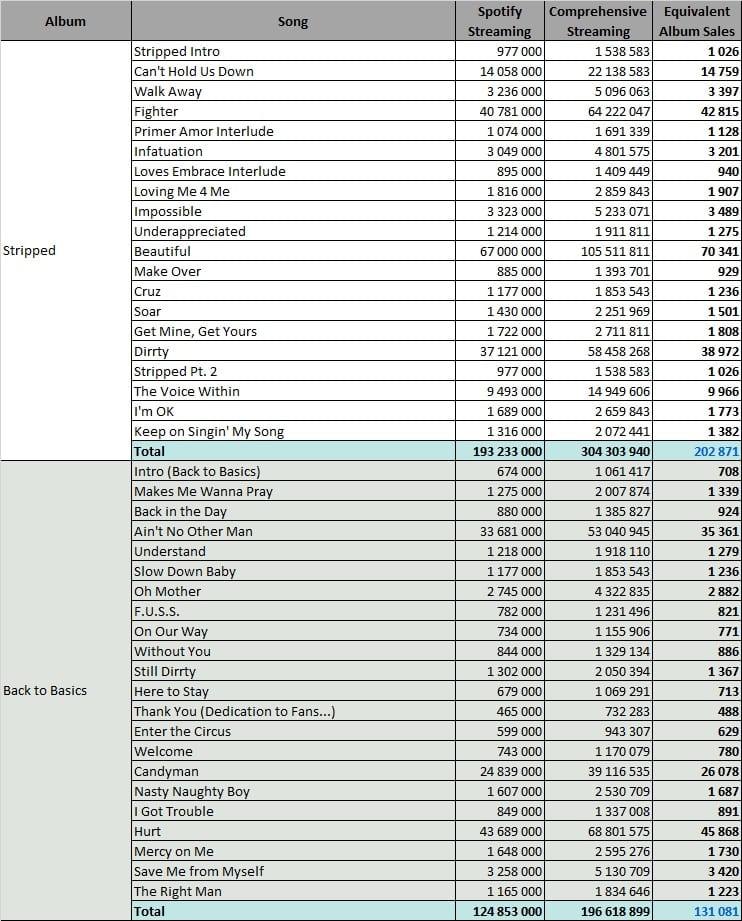 Often regarded as her best album, Stripped does well in Streaming. At 203,000 equivalent album sales, it tops both the debut album and Back to Basics which stands at 131,000 units.

Beautiful at 67 million, Fighter at 41 million and Dirrty at 37 million all contribute in notable fashion to that sales tally. They aren’t alone yet as most of the album tracks are now over 1 million.

Back to Basics songs have a similar path with the expected three hits leading the way. The biggest one is Hurt at 44 million.