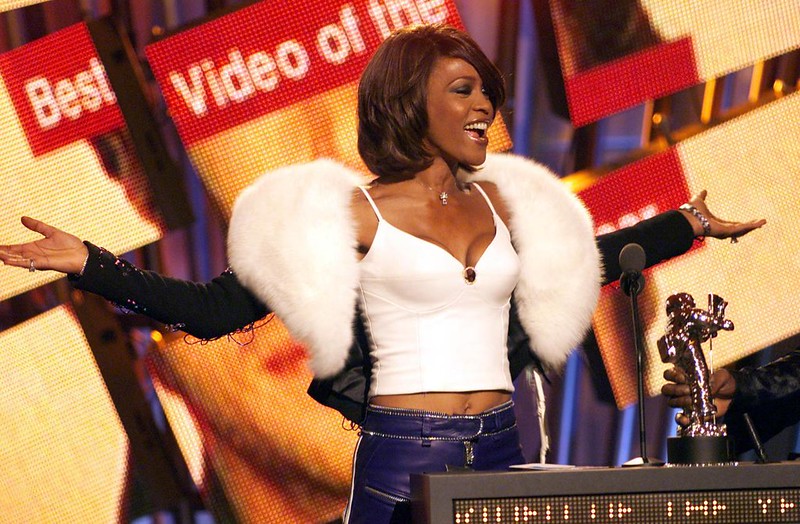 So, after checking all the figures, how much album sales equivalent has each overall Whitney Houston album achieved? Well, at this point we hardly need to add up all the figures defined in this article!

I’m sure all eyes directly went to The Bodyguard Total CSPC cell. We write and read these kind of articles with excitement precisely to discover those results. You must consider the total to be 53,350,000 overall, once factoring in other sales from singles which aren’t performed by Whitney Houston. Below is the Top 5 albums out of all previously posted articles:

Thus, The Bodyguard shoots directly to the #4 position on this ranking. This may be slightly disappointing considering it leads physical studio album sales, but it generated nowhere near as many compilation sales as Saturday Night Fever, Rumours or Led Zeppelin IV. Still, 53,35 million equivalent albums sold by a single LP is absolutely extraordinary – to put things into perspective, that’s the same tally as Shakira’s complete discography.

Such a beast surely takes some light away from Whitney’s remaining albums, but they are incredible on their own nonetheless. At 28,4 million and 26,3 million respectively, her first two records are true sales monsters as well. My Love Is Your Love is also rather impressive with 14,6 million overall sales. Subsequent records came nowhere near to such totals, but that doesn’t diminish the feats she managed previously.

Hey, MDJ. Do you think is possible to update Whitney’s numbers after the release of “I Wanna Dance with Somebody” (the movie)?

Ridiculous. She can charge higher ticket prices because there is demands for her. Whiteney & Tina couldn’t charge as high because if they did, tickets wouldn’t sold out.

Actually it’s not about the demand though, prices of tickets depends on Artist want to charge their fans, because even Tina Turner who break the most attended female concert of all time, Madonna still charges higher than her ever since before, this also applies with the likes of other artists like Celine who’s also had a concert in the Philippines which had lasted two days sold out, far less expensive than Madonna’s one day concert.

Actually Whitney’s bodyguard tour was charging over 100 per ticket in 1993 at her arena dates Madonna was not charging that much. But Whitney was a giver she never took more then she needed unlike Madonna and the rest of the girls. This is why she don’t have many writing credits. She could have stolen some like the other girls but she was really a giver and not a TAKER!

Yeah but Whitney out sold her Whitney’s first 2 albums were at 32 million in sales in 1990. She was then called the Queen of pop and retained that title until she passed! Then Madonna started to claim it. Let’s not forget Madonna said Whitney gave her nightmares about the billboard charts! Whitney was a supernova this chart system can’t rally grasp how big she was that’s why she has a HUGE movie career that Madonna never could do!