Streaming Part 2 – Soundtracks all over the place 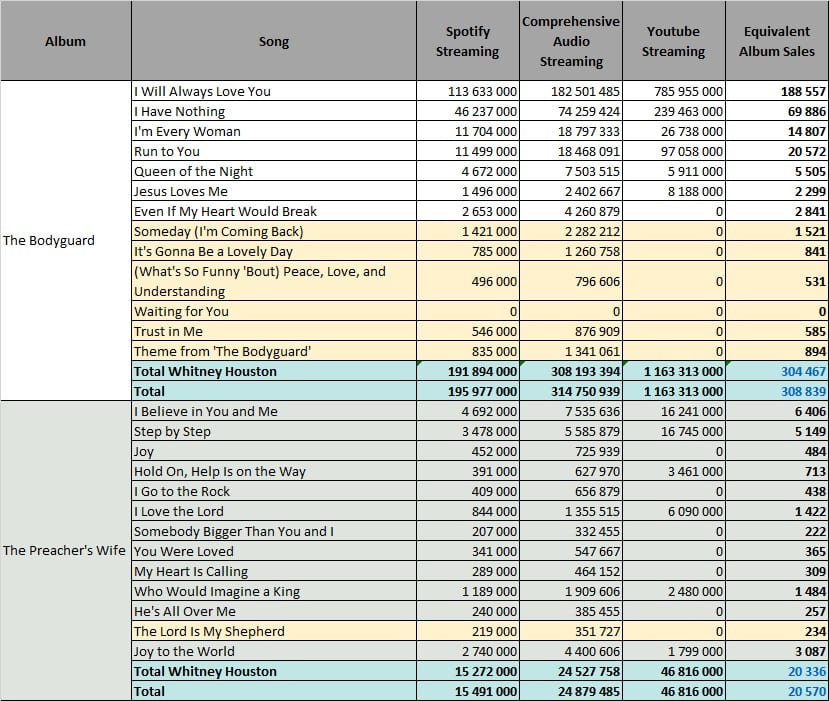 As previously mentioned, these soundtracks feature songs that are not from Whitney Houston. While the credit of these albums goes to her, the credit of individual songs sang by someone else don’t, which explains why there are two totals. The first will be awarded to the artist CSPC total, the second to the album tally.

Maybe surprisingly, I Will Always Love You isn’t as dominant as in other formats when it comes to audio streams with the same result as I Wanna Dance With Somebody. Its YouTube views however are gigantic at 786 million. Whitney Houston is dominant among The Bodyguard soundtrack – even if she performs only 6 out of 13 tracks, they are responsible for near 99% of its streams. They translate into 309,000 album sales. The Preacher’s Wife is way weaker at 21,000 units only due to no song reaching even 5 million streams.