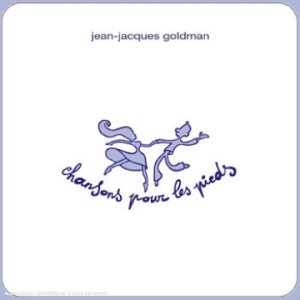 During the previous articles, we already met several Jean-Jacques Goldman million selling albums. Overall, his 80s works were selling weaker amounts than his latter albums. The obvious reason was Singulier compilation which covered those earlier sets while no best of ever came out since the release of Chansons Pour Les Pieds. The strong demand for the artist catalog added to that absence of greatest hits albums catapults the 2001 blockbuster to impressive catalog sales. Charted for 27 weeks inside the Catalog ranking, it just never stops selling. Ironically, this is the worst year for the album since Génération Goldman album of covers was issued to much success in 2012. Inside the Comprehensive Chart, Chansons Pour Les Pieds which contains the classic song Tournent Les Violons appeared 18 times in 2013, 25 times in 2014, 11 times in 2015 and 6 times only in 2016. With already 2 weeks charted in 2017, this record isn’t going to die anytime soon yet.